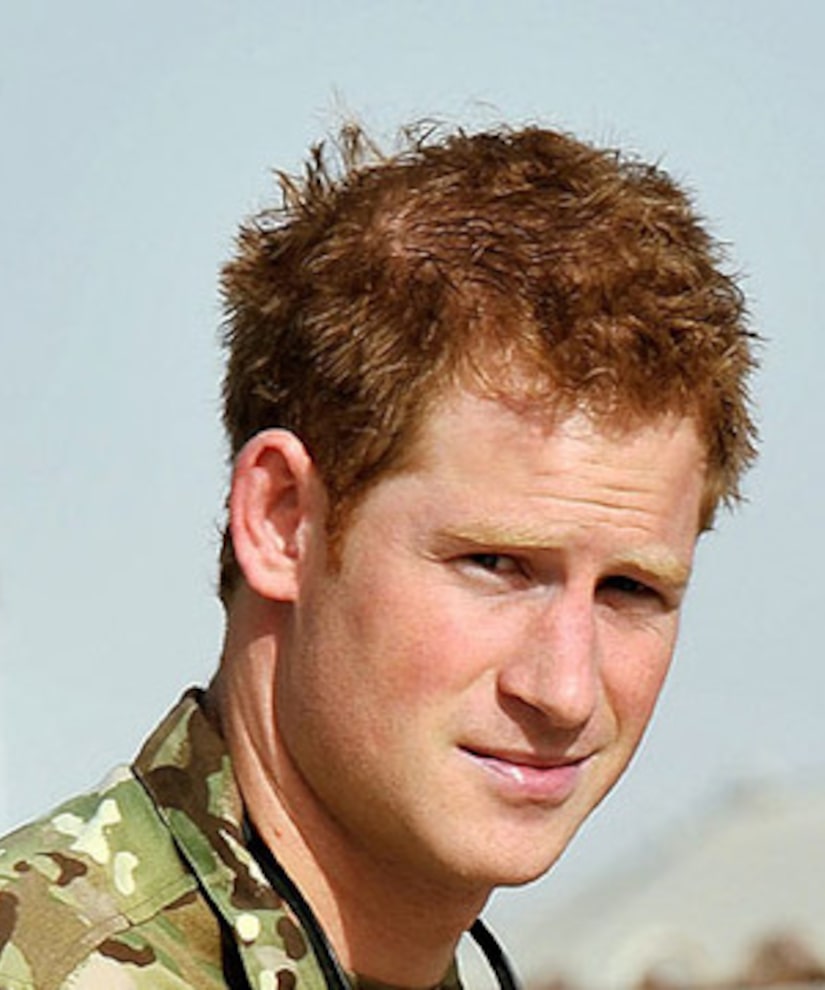 Royal chopper pilot and Las Vegas party boy Prince Harry was shipped off to Afghanistan on Thursday for a four-month tour, says England's Ministry of Defence.

The 27-year-old, known in the ranks as Captain Wales, will put his extensive helicopter training to use as an Apache pilot for Britain's Army Air Corps. The suped-up choppers can take out tanks, and are equipped with rockets, missiles and a cannon.

Prince Harry and his squadron will be staying at Camp Bastion, a large base in Helmand. Rather than tented barracks, the team will be sleeping in shipping containers. The expansive base offers a non-alcoholic bar with pool and foosball, a cigar room and steak restaurant.

Royal Navy Captain Jock Gordon, Commander of the Joint Aviation Group, told the BBC: "He will be in a difficult and demanding job. And I ask that he be left to get on with his duties and allowed to focus on delivering support to the coalition troops on the ground."

This is the royal redhead's second deployment to Afghanistan. He spent 10 weeks in 2007-2008 as an air controller directing bombing missions. He was forced to leave early after the Australian and US press revealed his location.

Prior to shipping out, Harry caused quite a stir while vacationing in Las Vegas. The prince and his entourage reportedly met some girls in the Wynn hotel bar and invited them up to his VIP suite. The revelers decided to play a game of strip billiards. Naked photos of the royal quickly went viral.