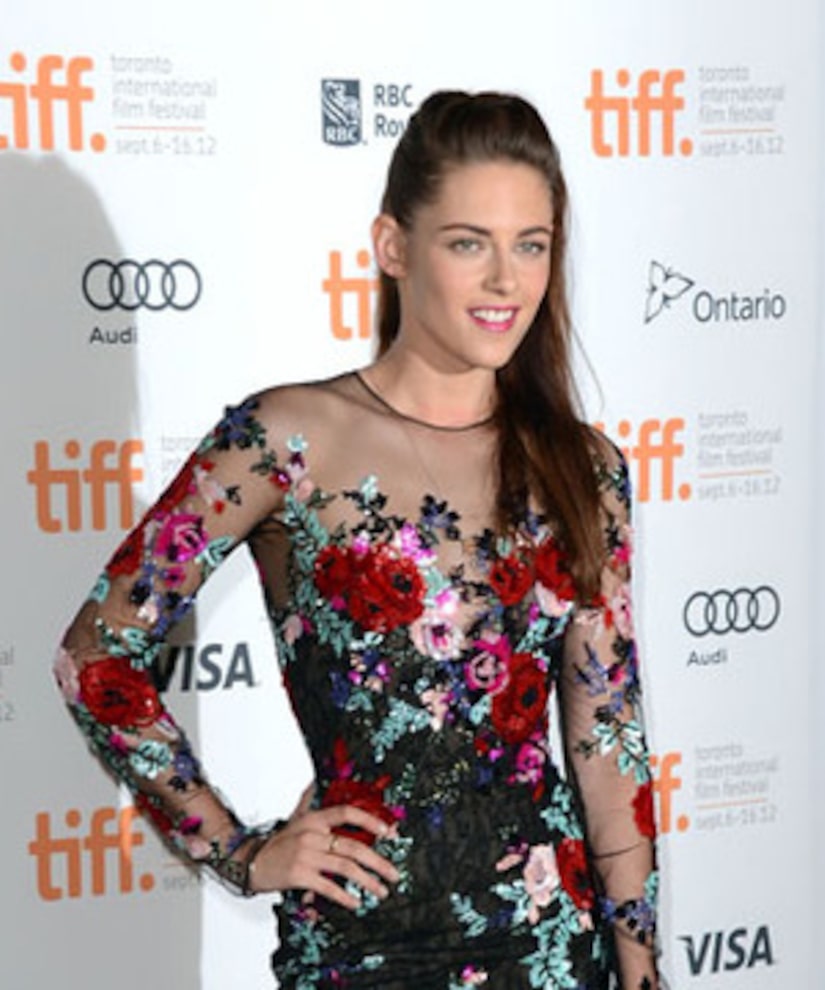 Actress Kristen Stewart is officially out of hiding! The 22-year-old pasted on a smile and hit the red carpet at the Toronto International Film Festival to promote her new indie film, “On the Road.” This is KStew’s first public appearance since admitting that she cheated on Robert Pattinson with director Rupert Sanders.

“You just do it, there’s no other way,” Hedlund explained.

Kristen added, “I like to push myself... you couldn't do this job in any genuine sense unless you so completely believed in it, almost like a psychopath.”

Stewart was also appreciative of all the fans who turned out to support her at the premiere of the Jack Kerouac adaptation. The story, written in 1951, is largely autobiographical and follows Kerouac’s proxy, Sal Paradise (Riley), as he travels across America with his friend and hero Dean Moriarty (Hedlund). Kristen plays Dean’s wife, Marylou.

RPatz was all the way in L.A. Thursday night showing some love to the “Twilight” fans at the MTV Video Music Awards. He told the crowd, “It has been an amazing journey and we would like to thank all the fans of the series for their incredible enthusiasm from the beginning until now, the final chapter.”