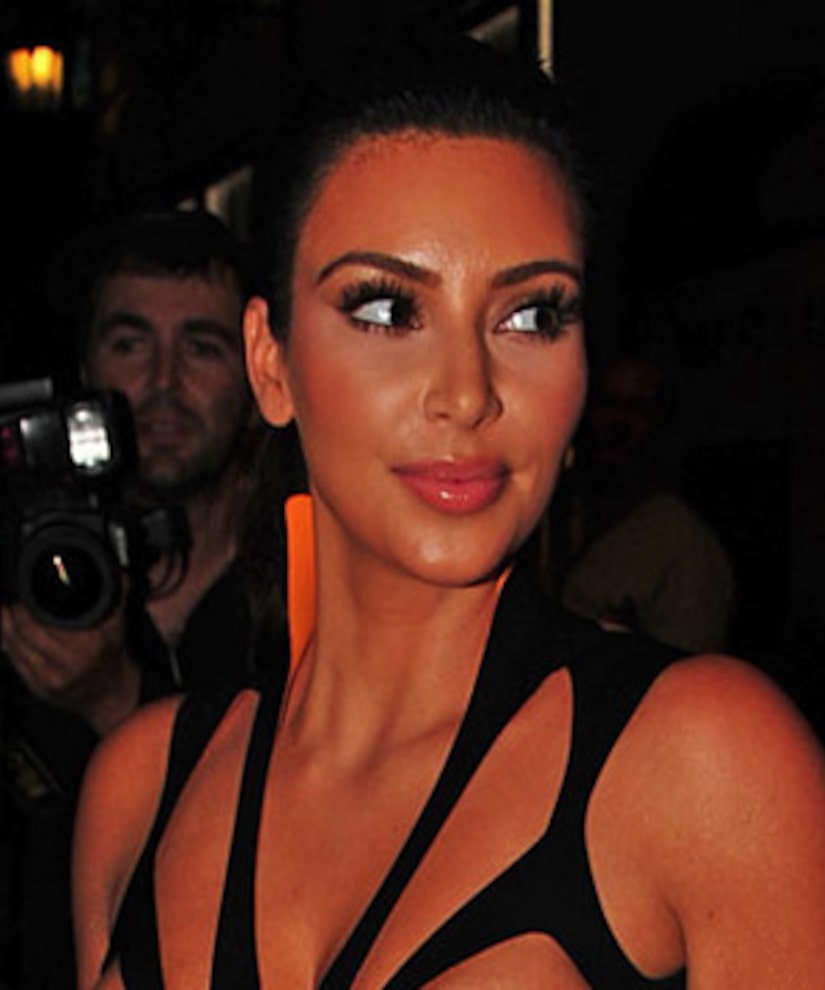 Reality star Kim Kardashian made a lasting impression in New York this week. The 31-year-old revealed in an interview that she wants to have babies with boyfriend Kanye West, and later stepped out in an eye-popping dress.

Kim stopped by “The View” on Wednesday for a candid chat with Barbara Walters and friends about her relationship with West. She told the hosts, “In a perfect world you know when you find someone that you really think is your perfect match.” When asked if Kanye was her “perfect match” she gushed, “I think so.”

Kardashian didn't hesitate when the topic of children came up. “Kids are definitely something I want. I think I wanted that before. I think I fell in love so quickly and wanted that to be my life so badly but I just didn't take the time to find someone. I definitely think anything I'd be in now is a permanent relationship.”

KK also admitted that ending her marriage with Kris Humphries was “hard on my heart,” because she had never been the one to break things off in a relationship. “Anyone in my past would probably have wanted the person I am today. I just really have grown up.”

Later that day, the "Keeping Up with the Kardashians" star showed off some serious curves at the Du Jour Magazine launch party in a black and white calf-length gown. Kanye didn't attend, but Kim had her friend, publicist Jonathan Cheban, by her side.