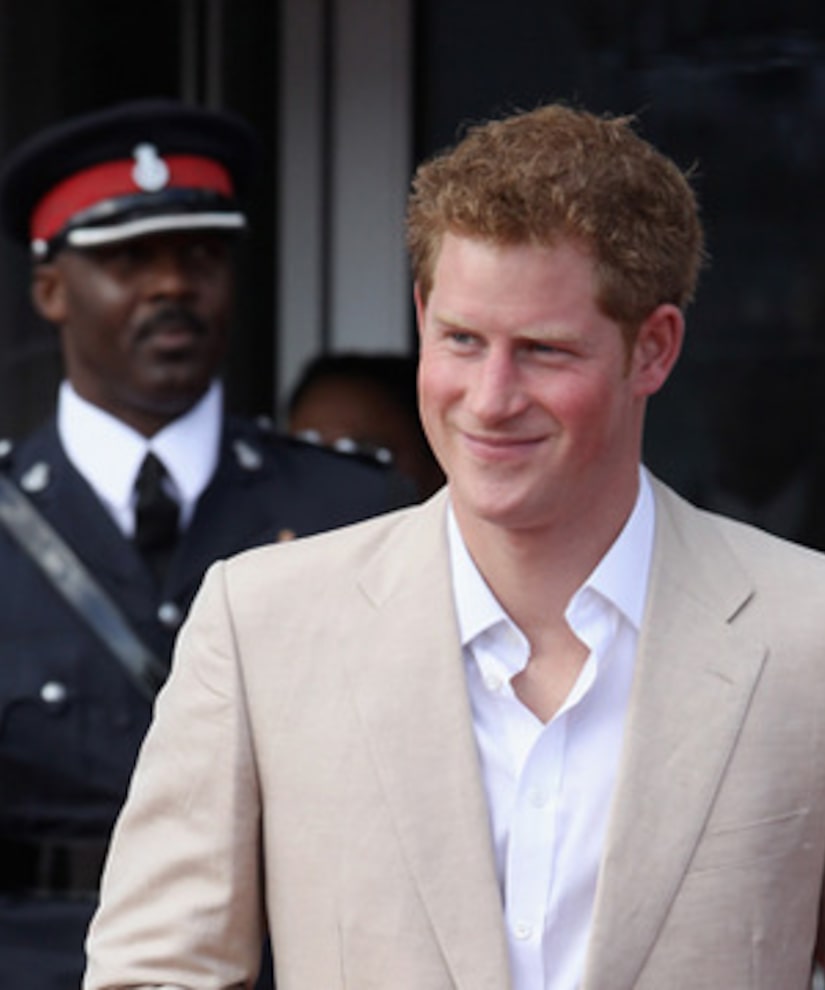 In the letter, Vivid exec Steve Hirsch wrote, "We assure you the sex will be well-scripted, and the crown jewels will not be 'minimized' in any way."

It turns out Playgirl wants a piece of the royal too. If Prince Harry agreed to bare it all for the magazine, he could pocket around $1 million.

Publisher Vincent Stevens told E! News that Prince Harry will likely reject the offer, but he still feels the 27-year-old is a great fit for the magazine.

"He's a wild party guy," Stevens said. "He's appealing to a lot of people because, although he's from the royal family, there's sort of this untamed nature to him. I think that's something that's really attractive to our readers and to the general public. He can't be contained by the royal family. He's just a free spirit."

Meanwhile, Daily Mail reports that Harry is meeting up with dad, Prince Charles, for a “father to son” talk about what happened in Las Vegas.