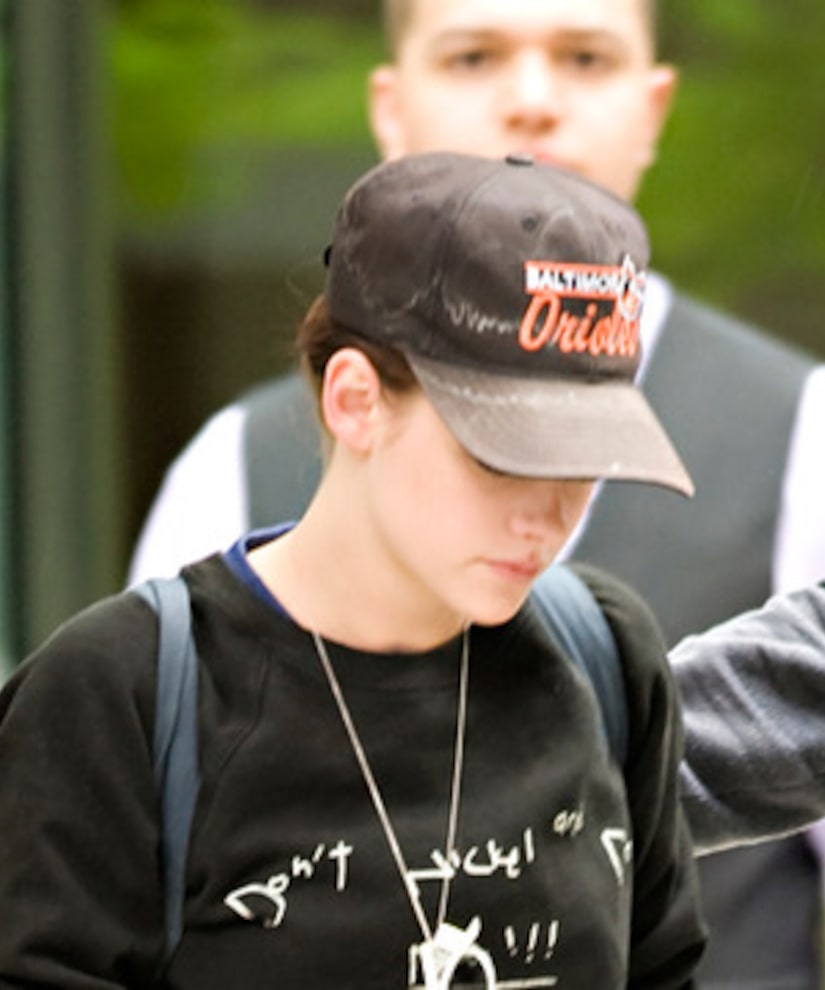 Actress Kristen Stewart stepped out for the first time on Monday since admitting she cheated on Robert Pattinson with “Snow White” director Rupert Sanders.

In an exclusive photo at PopSugar [not pictured above], the “Twilight” actress was spotted in L.A. wearing grey jeans, a cropped white shirt, black Vans and the most telling article of clothing -- Pattinson's Orioles baseball cap [pictured above from May]. She was also wearing a special gold ring, a gift from Rob.

Stewart has reportedly been laying low at producer Giovanni Agnelli's house since the cheating scandal broke. She has cancelled appearances at upcoming “Twilight” conventions.

Meanwhile, Pattinson has been deftly dodging questions about the affair while doing press for “Cosmopolis.” Coincidentally, RPatz has also backed out of the "Twilight" conventions.