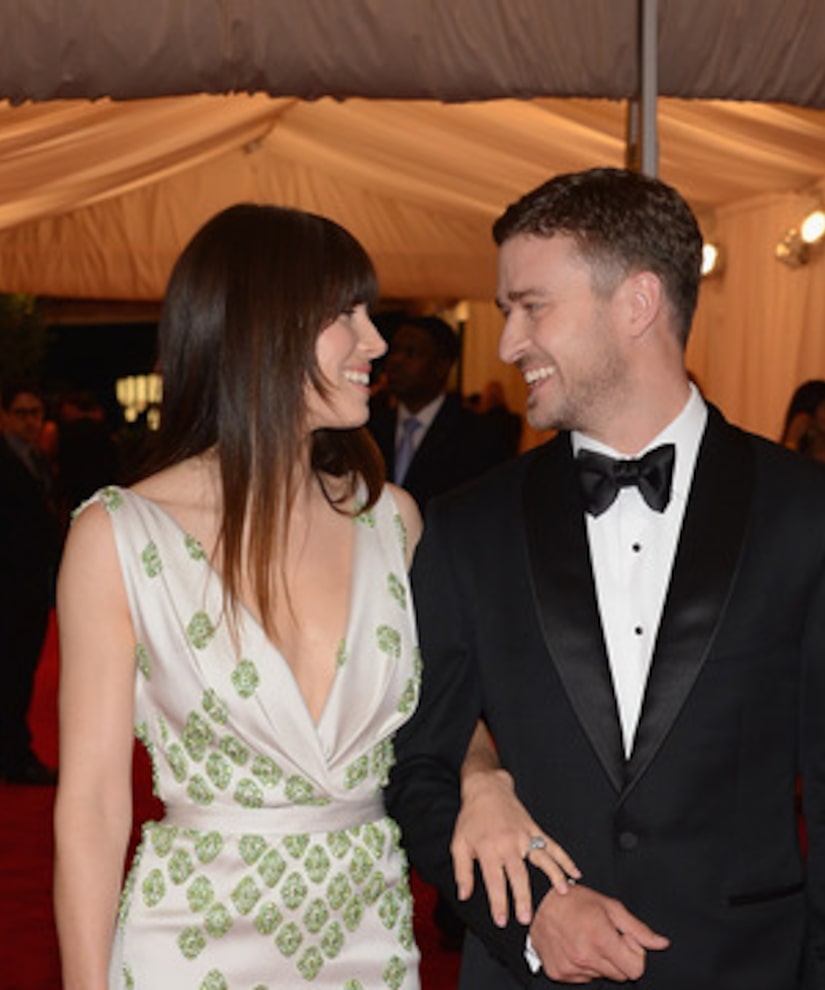 The rumor mill was churning over the weekend that Justin Timberlake and Jessica Biel got married on Saturday in a private ceremony.

Gossip Cop reports it's simply not true. A source told the site that Justin and Jessica did NOT get married over the weekend. Timberlake is reportedly in Puerto Rico filming “Runner, Runner,” while Biel is on a global tour to promote “Total Recall."

Columnist Janet Charlton started the rumors, saying the nuptials took place at a private residence in Jackson Hole, Wyoming and that guests stayed at the nearby Four Seasons Hotel. Charlton initially had the couple wed on Friday night, but later updated to say the “main event” took place on Saturday.

Biel opened up to “Extra’s” Ben Lyons about the wedding last month. She laughed, “What everyone has told me is... things just go wrong, so you just have to be cool about everything. I'm sure when and if it ever happens, I will freak out about something as everybody probably does.”