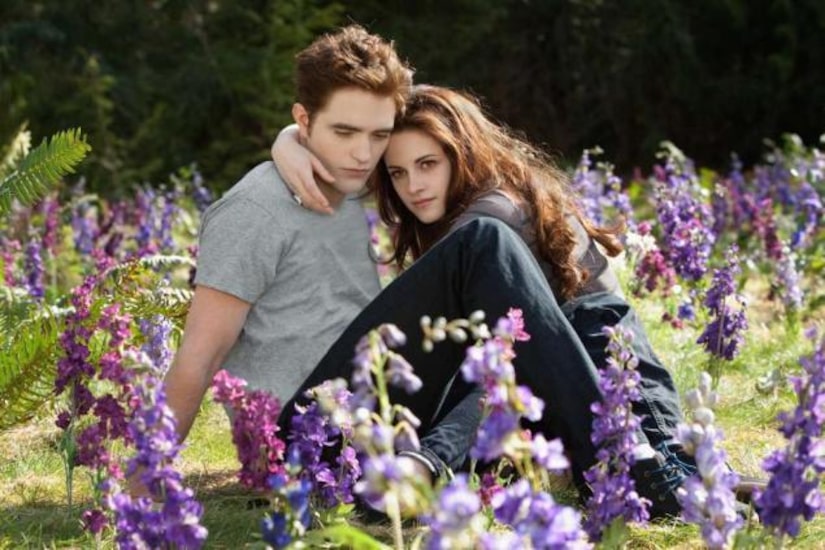 Robert Pattinson and Kristen Stewart are back together -- at least in the latest “Twilight” photos.

Twihards can rejoice at seeing Robsten in each other's arms again in the “Breaking Dawn 2” movie stills released by Summit this week. The pictures include two of the vampire duo embracing, and shots with daughter Renesmee and the Cullen family.

The movie, which opens Nov. 16, picks up in Forks, WA just after Edward (Pattinson) turned Bella (Stewart) into a vampire to save her from dying during childbirth.

Family bliss with baby Renesmee is short-lived as the couple and their family prepare for battle with the law-enforcing Volturi coven.

While promoting his new “Cosmopolis” movie on MTV, RPatz reflected on his role as Edward, but said his “Twilight” days are definitely over.

Although Robert didn't mention Kristen in the interview, he did have some interesting stories to tell about filming “Cosmopolis.”

While talking about a sex scene in the film, he explained, “There are the mechanics of a sex scene, like where does it climax? He later added with a laugh, “I was trying to hide my belly.”