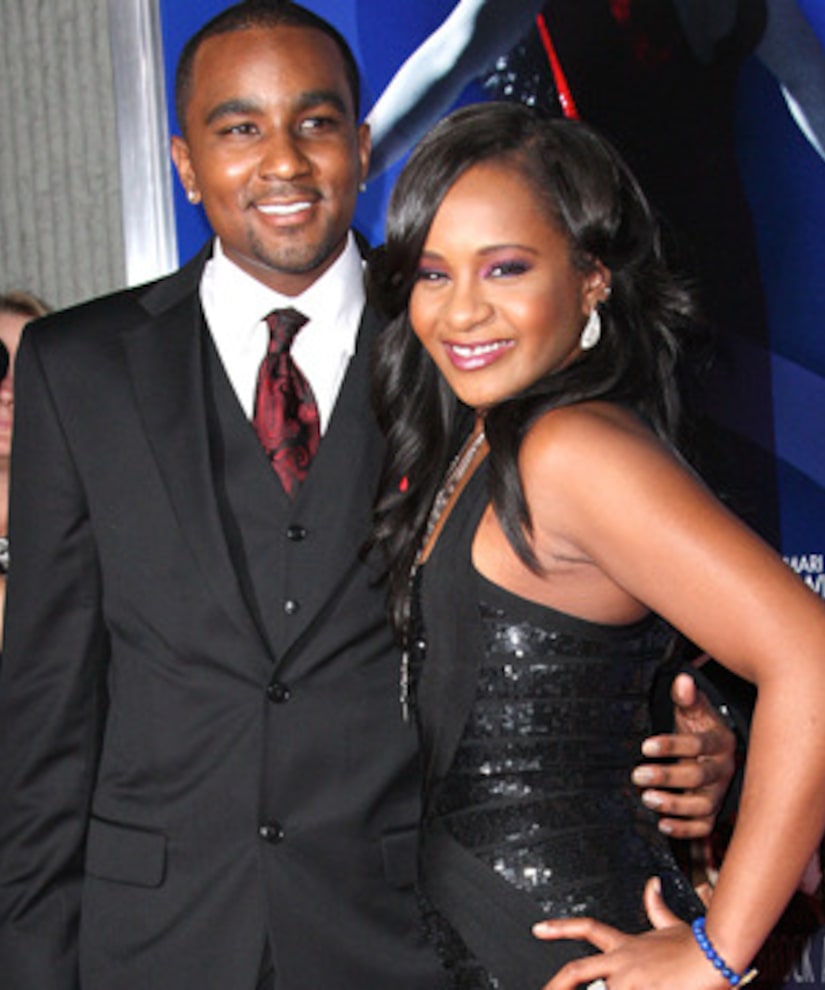 The “Sparkle” premiere in Hollywood was supposed to be Whitney Houston’s big night; instead, it was daughter Bobbi Kristina who stepped in to greet cheering fans.

Whitney and Bobby Brown’s only child looked every bit the fashionista in a black bandage dress, feathered stilettos and a bit of her own sparkle; Whitney’s diamond ring.

It was Bobbi Kristina’s arm candy, however, that left the biggest impression. The budding actress walked the red carpet with Nick Gordon, Whitney’s “unofficial” adopted son.

Before heading to the movie debut, she tweeted, “Off to the premiere! Glammed and all! Time to walk this carpet & rep mommy like she would want me too (: god bless u all! nickdgordon enjoy!”

Gordon moved in with the family when he was 12 and the pair grew up side-by-side. The two made headlines when they came out as a couple following Houston’s death in February. Now, Bobbi, 19, and Nick, 22, live together in Whitney’s $1.2 million Atlanta mansion.

Through all the heartbreak, Bobbi has remained "strong" her aunt, Patricia Houston, told "Extra" on the "Sparkle" red carpet.

"You know what, Kristi is a trooper," Patricia told correspondent Ben Lyons. "She's very strong. You know she could have flipped and gone to the left. She did not, she's very focused. She's doing her very best. She lost her mom."

The film follows the story of musical prodigy Sparkle (Jordin Sparks), a Detroit native trying to make a name for herself while dealing with struggles at home. Houston plays Sparkle’s single mom, Emma.