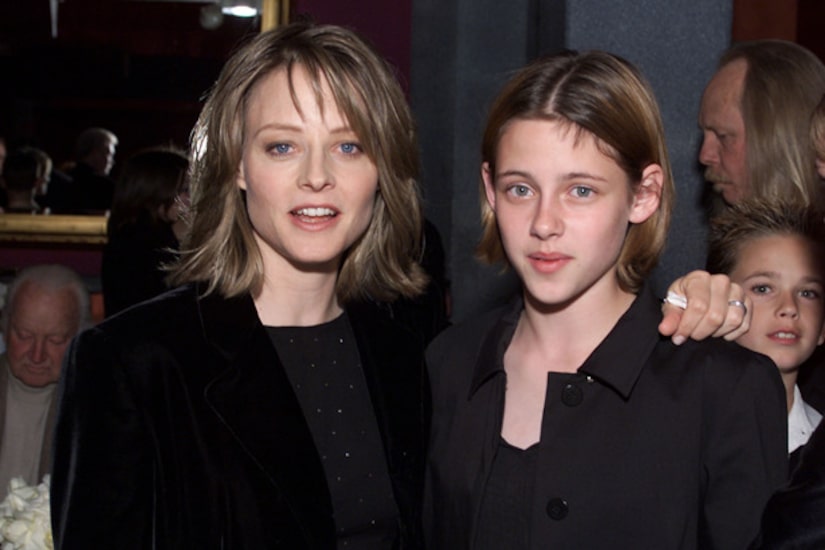 Actress Jodie Foster wrote an open letter to the Daily Beast on Wednesday, expressing sympathy for her “Panic Room” co-star Kristen Stewart. A child star herself, Foster slams the media and fickle fans for attacking Kristen, following headlines that she cheated on Robert Pattinson with director Rupert Sanders.

“Lift up beautiful young people like gods and then pull them down to earth to gaze at their seams,” she wrote. “See, they're just like us. But we seldom consider the childhoods we unknowingly destroy in the process.”

Reflecting on her time spent with Kristen on the set, she remembers how they “talked and laughed for hours, sharing spontaneous mysteries and venting our boredom. I grew to love that kid.”

When she found out that Stewart, then 11, wanted to pursue acting, Jodie asked her mom, “Can't you talk her out of it?” These days, thanks to “Twilight” and the cheating scandal, KStew can't escape the pressures of Hollywood.

Photos! Kristen Stewart and Robert Pattinson Through the Years

What does Jodie want Kristen to know? “Eventually, this all passes. The public horrors of today eventually blow away. And yes, you are changed by the awful wake of reckoning they leave behind. You trust less. You calculate your steps. You survive.”

She added, “Hopefully in the process you don't lose your ability to throw your arms in the air again and spin in wild abandon. That is the ultimate F.U. and – finally – the most beautiful survival tool of all. Don't let them take that away from you.”

Visit TheDailyBeast.com to read the letter.