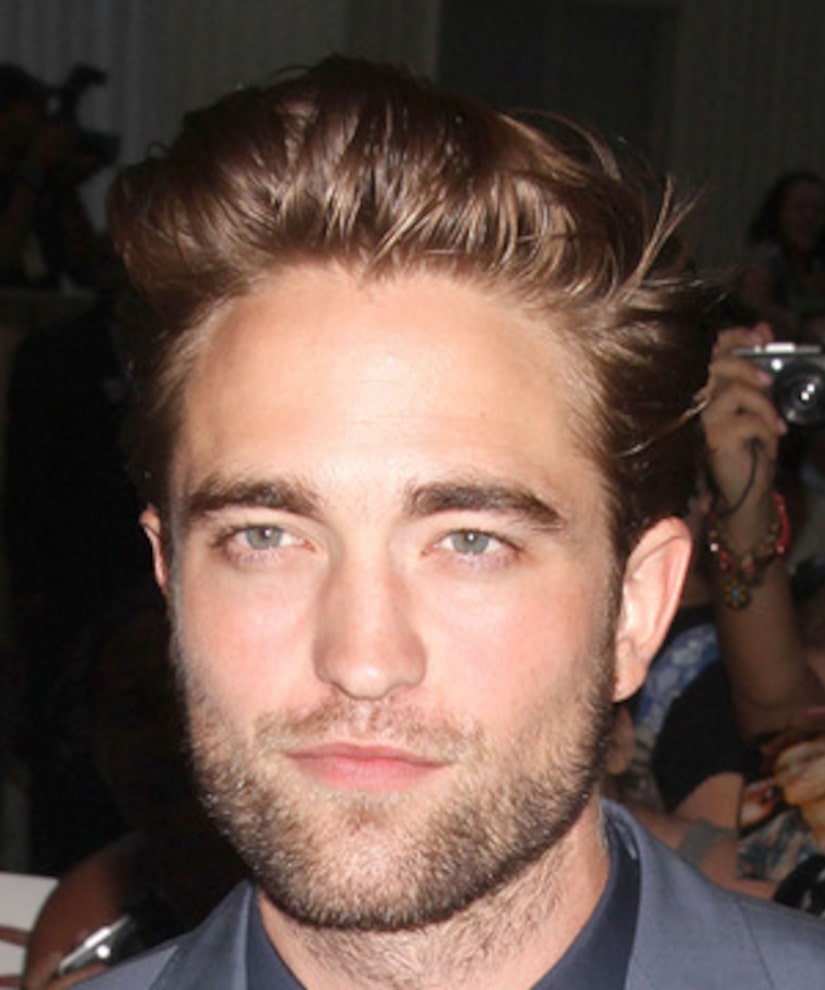 Robert Pattinson is officially out of hiding! The lovelorn star stopped by the “Daily Show” on Monday -- his first public appearance since the news that girlfriend Kristen Stewart was cheating.

Host Jon Stewart consoled RPatz over a pint of Ben & Jerry’s, telling the “Twilight” star, “We’re just a couple of gals talking,” followed by “Tell me everything.”

Pattinson, 26, avoided talking about the scandal, instead joking that eating the ice cream was going to “split his Spanx.” Stewart came back with “Are you alright? Is everything okay? I’m worried about you.”

Robert, who was in town for the “Cosmopolis” premiere, dodged the question by laughing and admitting he should probably hire a publicist.

Later, Jon joked, “Boy, you are better off. Kick her to the curb. Whatever.”

On a more serious note, Stewart added, “When you are young and you go through a breakup it is powerful and it feels like the world is ending. This is the first time I have seen the world actually react that way. It’s insanity. So here is my wish for you: that you get to handle your business in private, in your personal life, and I wish you all the best.”

"Extra's" A.J. Calloway also caught up with the actor at the "Cosmopolis" premiere. Pattinson glowed as he talked about the fans who turned out to see him, but quickly moved on when A.J. asked if he was still staying at friend Reese Witherspoon's ranch in Ojai, CA. Watch the interview!

“Cosmopolis,” a David Cronenberg drama about a 28-year-old billionaire on a limo ride in Manhattan, drives into theatres Aug. 17.