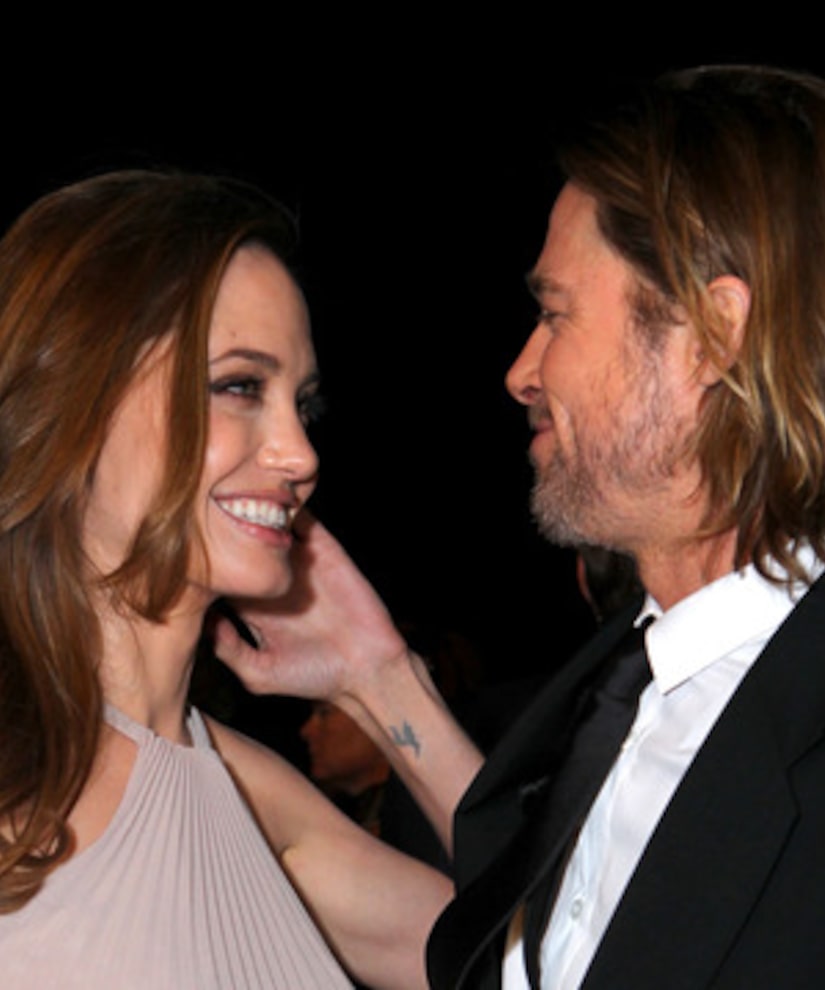 Despite rumors that international superstar couple Brad Pitt and Angelina Jolie would tie the knot this weekend, the two will not be Mr. and Mrs. Pitt quite yet.

Wedding speculations were sparked after the couple were said to be planning a large gathering for friends and family at their Miraval home in south France, where they celebrated their engagement in early April.

The Deputy Culture Secretary of Correns, Patrick Mareschi, confirmed to AceShowBiz.com the wedding would not be taking place this weekend. "Under French law, couples have to get married at the town hall. Unlike with a religious wedding, there's no way a couple can hold a civil ceremony at their own home."

X17Online also sent a photographer to the scene in France, and reported no party planning was in the works. "There are NO security guards, NO workers, NO planners -- NOTHING at the property. As I drove around, checking out the scene from the street below the private hillside, I saw nothing out of the ordinary. It was quiet, just like the sleepy village of Correns next to it."

Pitt and Jolie were engaged in April 2012 after 7 years together.