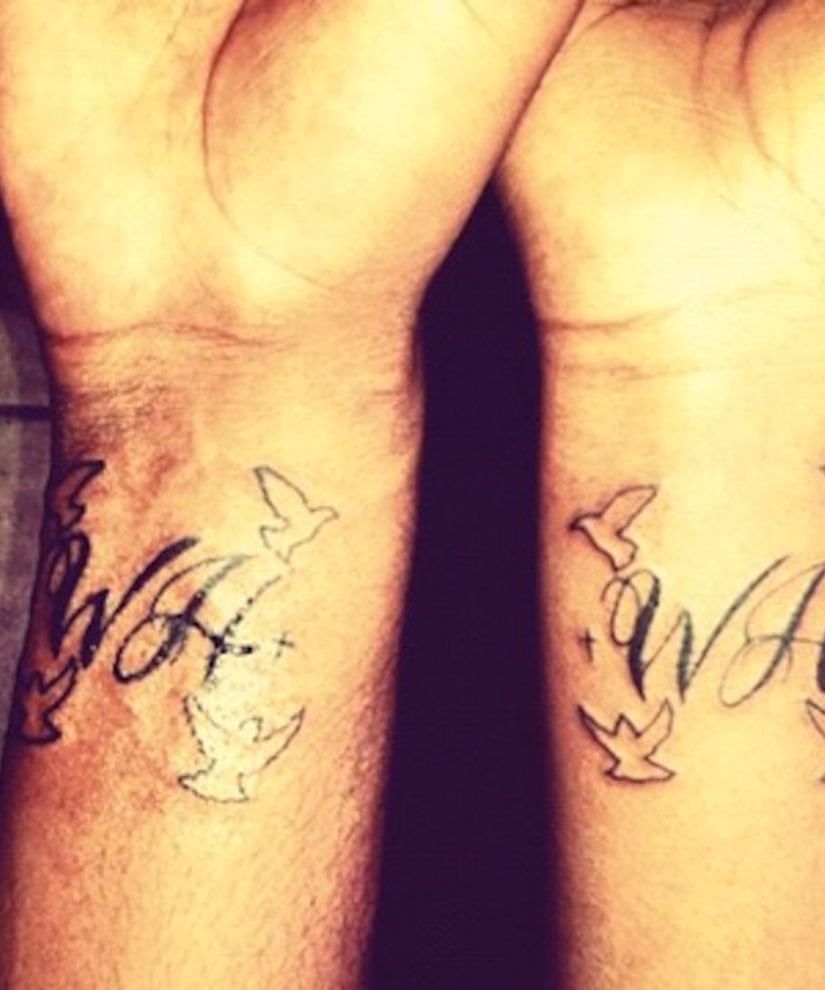 Whitney Houston's 19-year-old daughter, Bobbi Kristina Brown, paid tribute to her late mom on what would have been her 49th birthday… by getting a tattoo.

The "For Better or Worse" actress took to Twitter, hinting to fans that she would be celebrating her mother Wednesday night in Atlanta. "Mommy it's your birthday & I am going 2 celebrate it 2 the fullest! Bc YOU deserve it damn it, YOU deserve Nothing but the BEST!"

Bobbi wasn't alone in commemorating. Her boyfriend (and Whitney's pseudo-son) Nick Gordon, also had the initials "WH" and four doves inked on his wrist.

In a follow-up tweet, Bobbi showcased their matching birthday presents by posting a picture with the caption, "Tat tat tatted YURP.. ;) now your truly ALWAYS with us mommy (: we love you @nickdgordon always&forever{
Bobbi and Nick went public with their relationship in early March, nearly one month after Houston was found dead in a room at the Beverly Hilton Hotel.