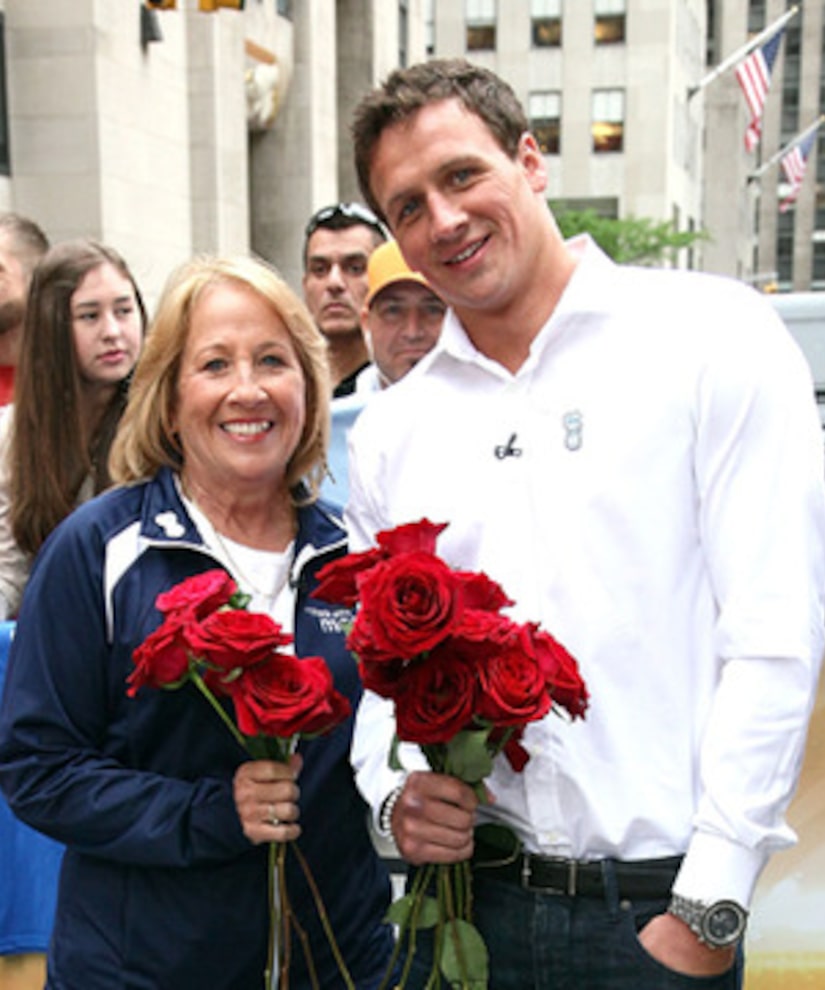 Olympic swimmer Ryan Lochte had some explaining to do after his mother told the press that he only has time for one-night stands. Say what?!

During a Thursday interview with “Today,” Ryan's mom, Ileana "Ike" Lochte, tried to explain that her son is too busy for a serious girlfriend.

"He goes out on one-night stands,” she said. “He's not able to give fully to a relationship because he's always on the go."

Oops! She meant to say “dates.” Mother and son explained it all to USA Today.

"How innocent is that?" Ike said. "All I wanted to say is that he's so sensitive about not wanting to hurt a girl dating, so he just goes and dates and takes out a girl for maybe one or two dates and doesn't have a relationship because he doesn't have (time) and it's not fair to the women.”

She later added, “What kind of mom is going to say that (about her son having one-night stands)? Especially being a mom and having two daughters."

The gold medalist is taking it all in stride. "I knew how the media was going to take it, and I knew what my mom really meant," the swimmer said. "She's new to the whole media (experience), so she didn't really understand that they were going to twist it and make it bad.

"She definitely was like, 'Why would they do that?' She is so oblivious to everything."

Lochte was most recently linked to singer K. Michelle, but her rep quashed the rumors.

“Ryan and K. Michelle have known one another for some time, and their relationship is nothing more but wonderful and supporting friends in each other's career,” the spokesperson told BET.