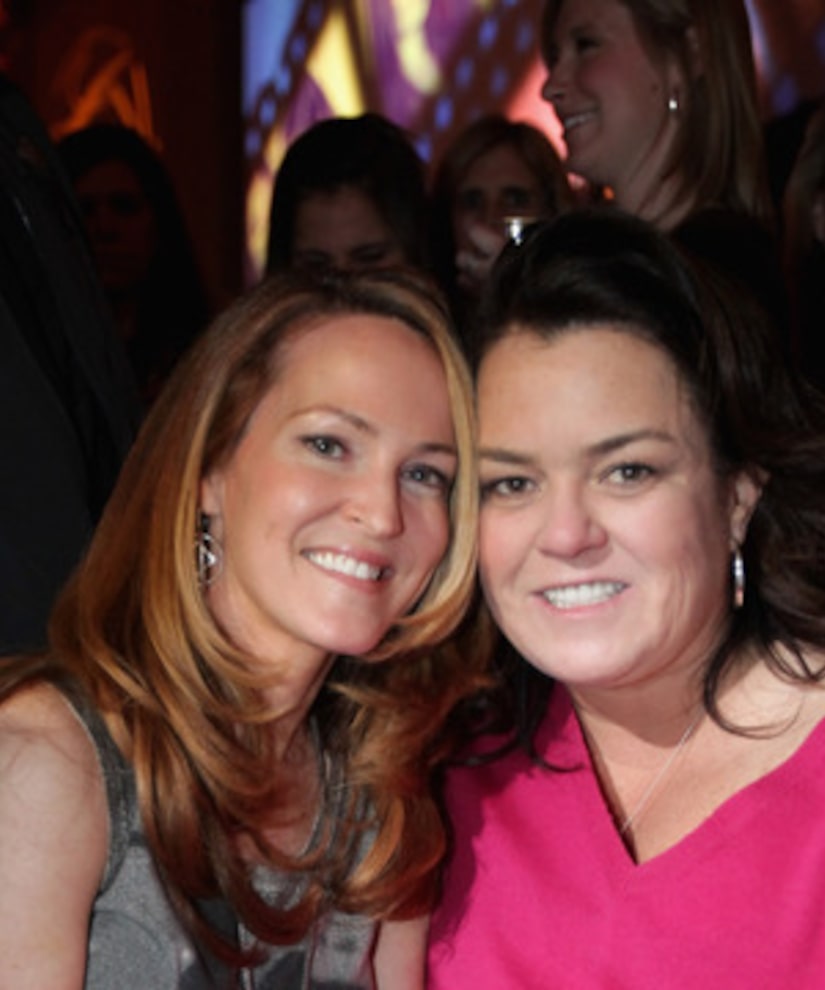 The pair took to their blog Friday to reveal that Michelle became ill in May and was later diagnosed with desmoid tumors.

In the blog, Rosie speaks of Michelle's surgery in June and asks that instead of gifts, donations be made to the Desmoid Tumor Research Foundation.

Desmoid tumors target cells that form muscle, fibrous and nerve tissue. They're aggressive and can eventually destroy tissues and bones, but do not spread throughout the body.

Rosie and Michelle were engaged last December after just three months of dating.