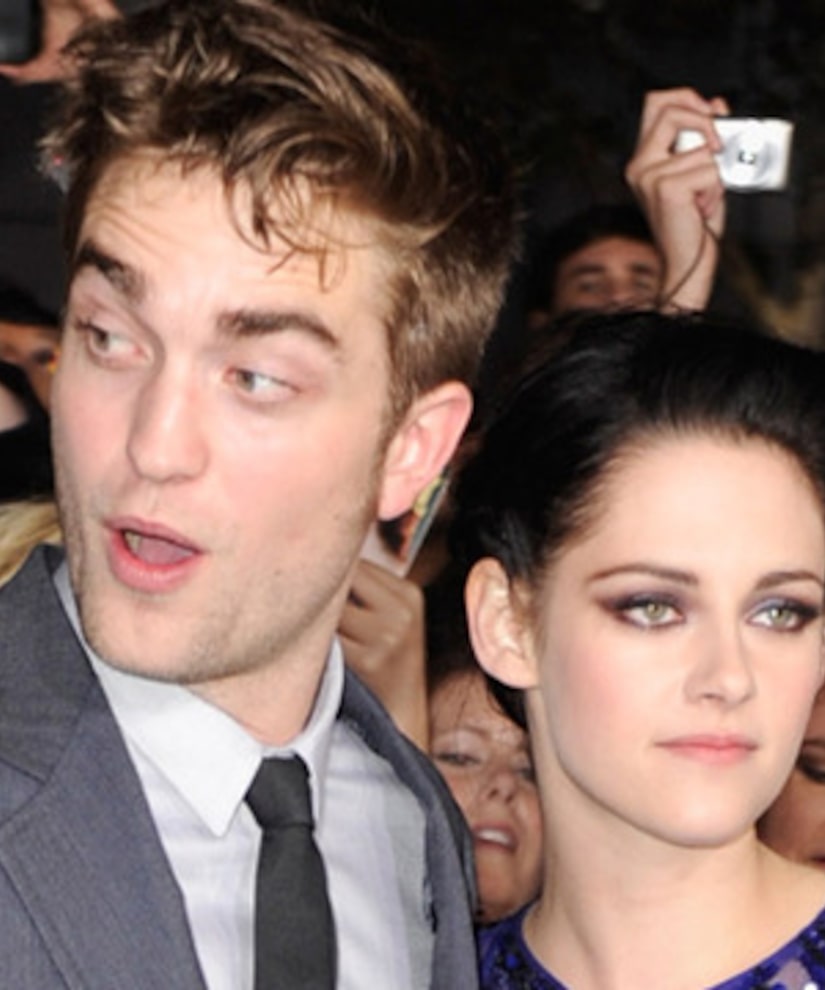 The future doesn't look so bright for Kristen Stewart and Robert Pattinson. The actress is reportedly banned from attending Rob's “Cosmopolis” premiere in New York.

Radar reports that movie bosses are already expecting a media storm when Rpatz, 26, hits the red carpet at the Aug. 13 celebration, and worry that an appearance by KStew will only make things worse.

Security has been instructed to keep the actress, 22, away from the red carpet and after-party.

“The decision was made because Robert just doesn't want to see her,” a source told the site. “There were fears that she could use it as a chance to talk to him in person and that sort of drama is not wanted at the premiere.”

Kristen admitted to cheating on Rob with "Snow White and the Huntsman" director Rupert Sanders. She later issued a public apology, saying, "This momentary indiscretion has jeopardized the most important thing in my life, the person I love and respect the most, Rob. I love him, I love him, I'm so sorry."

According to reports, Stewart moved out of the couple's L.A. home and the two have been communicating only by phone and text.