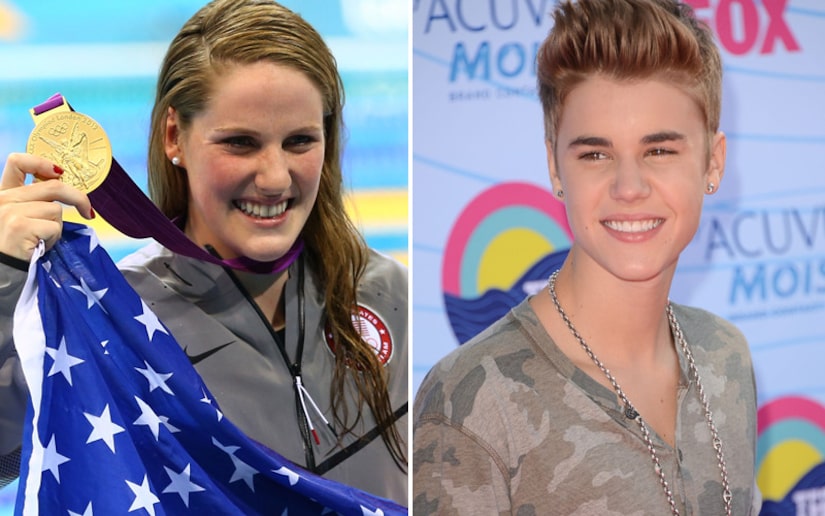 Just because you're an Olympic gold medalist, doesn't mean you're immune to Bieber Fever. Swimmer Missy Franklin and gymnast Jordyn Wieber came down with the teen malady this week in London.

When Bieber heard that Franklin, who took home the gold for the 100M backstroke, was a mega-Belieber, he tweeted, "heard @FranklinMissy is a fan of mine. now im a fan of hers too. CONGRATS on winning GOLD! #muchlove."

Naturally she responded, "I just died! Thank you"

A few days later, Jordyn Wieber, tweeted, "Now that we are Olympic champions, can we please meet Justin Bieber?" Justin replied, "You support me, I support you. Congrats. And Ryan Seacrest told me about you, too. Dream big."