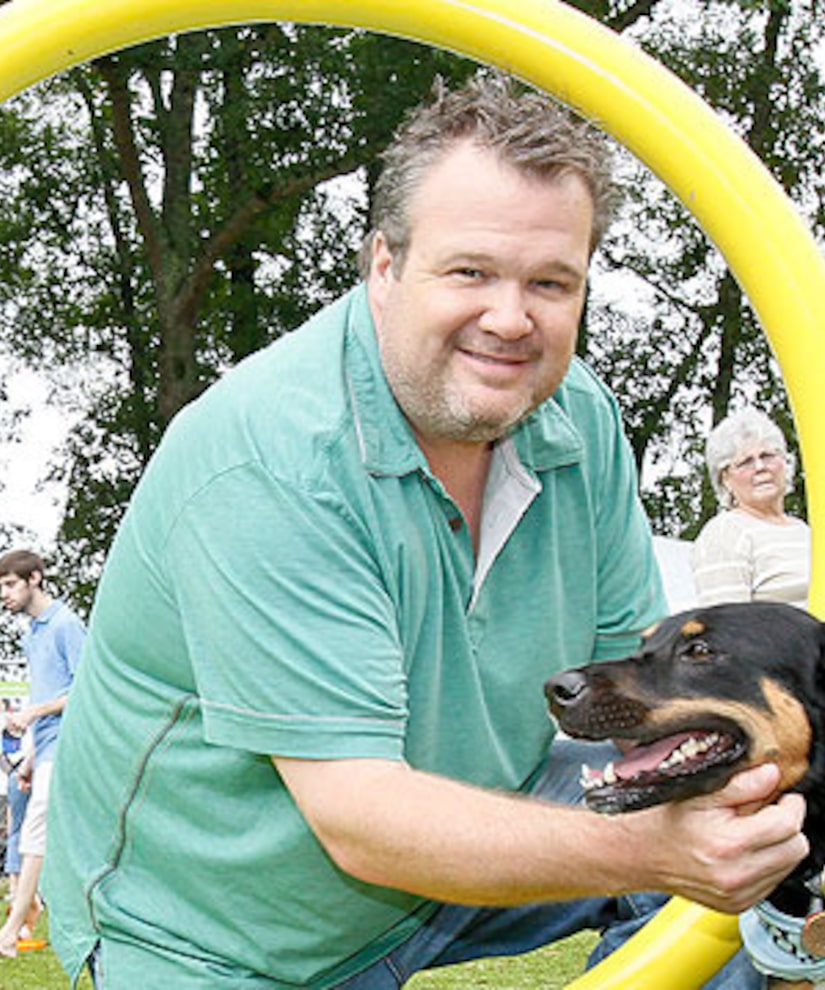 Stonestreet talked with “Extra” about the exciting contest created by Beneful. “Dog lovers can submit a picture of themselves with their dogs and write a little essay about how they’ve enhanced each other’s lives, along with conceiving a dream dog park.”

He further explained, “If Beneful picks you, then they’ll build a dog park in your community. And that’s what happened in Alabaster, AL. This woman, Jenny, she was the winner last year of the contest and Beneful put $500,000 into a dog park there. It’s pretty amazing.”

Watch clips from the event!

Stonestreet is a devoted dog lover himself, having rescued his dog, Coleman Hawkins, 12 years ago.

Eric gushed, “Coleman has seen, through dog’s eyes, every ounce of my life. Of course, he hasn’t been able to comment on it… He’d probably be pretty happy with every thing. Whenever I’d go on a big audition for something, I’d tell him I was trying to get him a bigger yard. He’s a man about town kind of dog, but I’ve trained him to independent and not rely on people’s affections.”

He said he does bring Coleman on the “Modern Family” set every once in awhile, but the pooch would rather be at home. “He has to stay in my trailer, so he barks a lot.”

The Emmy winner’s name has been in the news of late after he and his fellow “Family” co-stars successfully negotiated substantial pay raises. The TV actor is just excited to be back at work, even if he has no clue on what’s going to happen in Season 4. “We are like the rest of you. We find out what’s going on when we read the script!”

The one thing Eric has found amazing about this job is some of the fan encounters he has had. “Jesse [Tyler Ferguson] and I have specifically met gay youth or parents of gay kids who say our characters made their coming out a little easier. Those stories are great.”

Stonestreet continued, “I grew up wanting to make people laugh. I’ve had people come up and share moments with me in which family members have passed away and some of the last moments they had with them were spent laughing together at ‘Modern Family.’ As an actor, you never think you’d have that impact on someone. You just go in and do your job, so it means a lot to hear that.”

For more information on the Beneful Dog Park Contest, visit the official website!