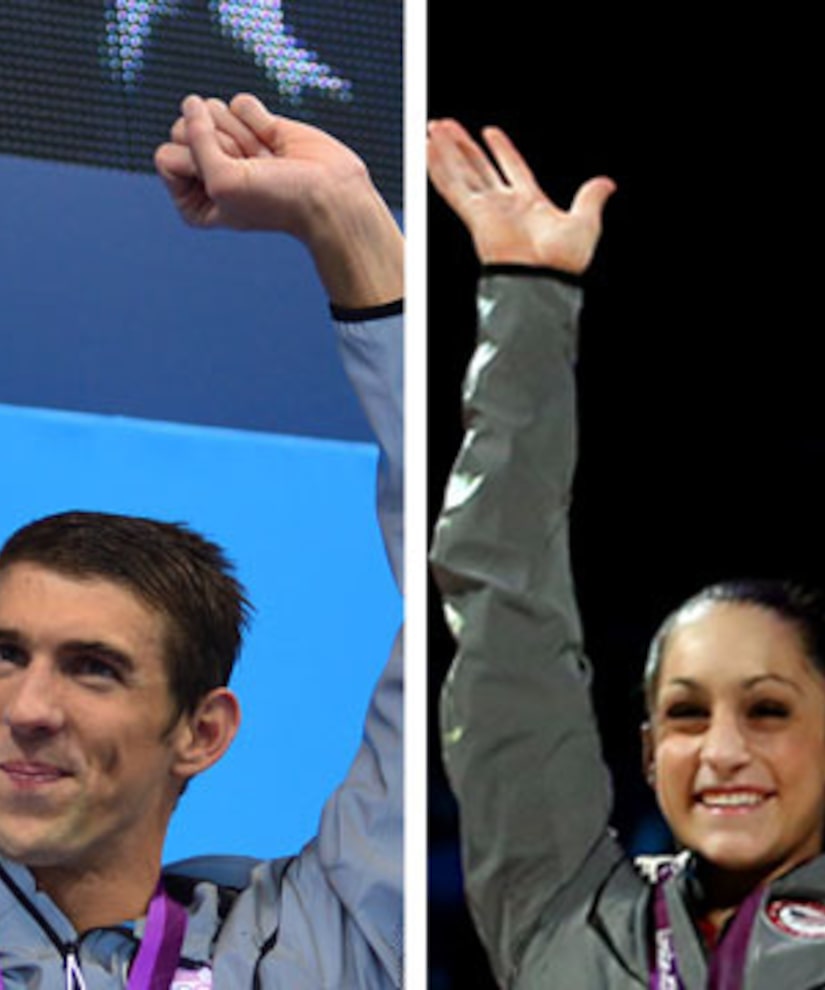 Swimmer Michael Phelps set an Olympic record by winning his 19th lifetime gold medal in the 4x200-meter freestyle relay at the 2012 Summer Olympics, surpassing the record of Soviet gymnast Larisa Latynina to become the most decorated Olympian of all time.

Joining Phelps in the gold medal circle was the U.S. Women's Gymnastics team, which beat Russia in the finals with a breathtaking floorshow.

This is the first team gold medal in the event since 1996 and the second overall.

"This is really important for a little redemption," Wieber told People.com of her fight back from heartbreak. "There was definitely disappointment [earlier this week], but in the end we ended up with this team medal, and I'm the happiest person right now."