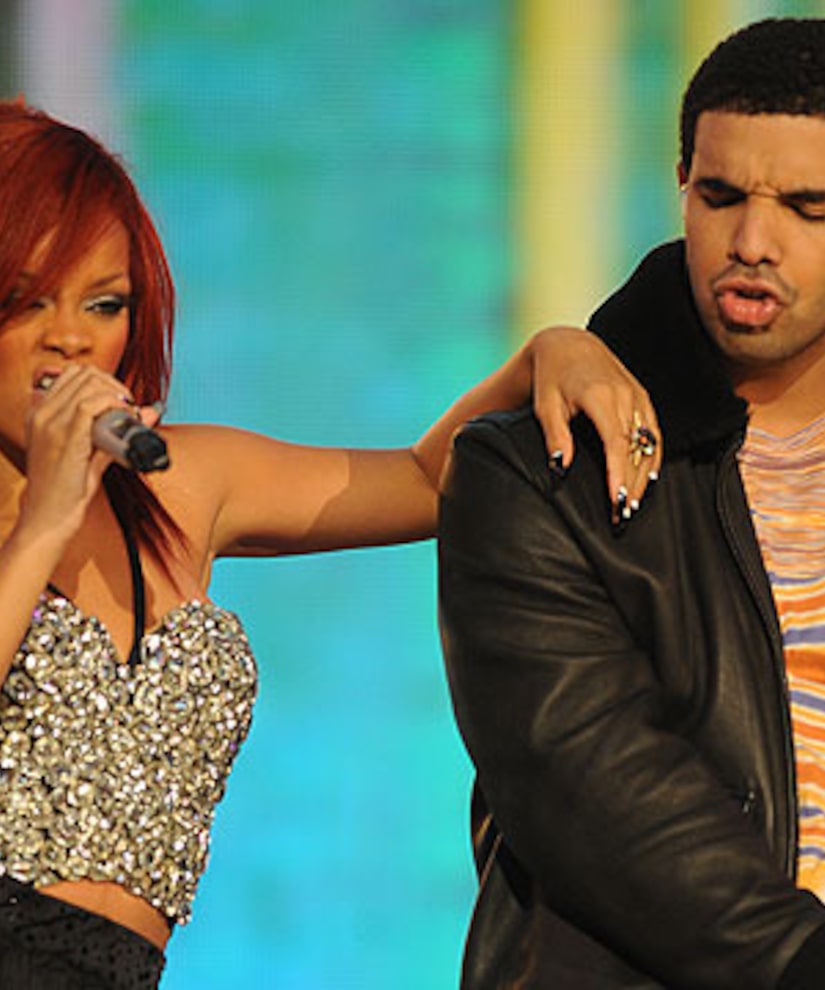 Rihanna is up for Video of the Year for her solo hit "We Found Love" and her duet with Drizzy on his "Take Care." Drake's received nominations for Best Hip-Hop Video and Best Male Video, as well as Best Art Direction and Best Cinematography.

The Video of the Year category includes Rihanna, Katy Perry's "Wide Awake," the Gotye song "Somebody That I Used to Know," M.I.A.'s "Bad Girls" and Drake and RiRi's "Take Care."

The Best New Artist race includes Fun.'s "We Are Young," Carly Rae Jepsen's much mashed "Call Me Maybe," Frank Ocean's "Swim Good," One Direction's "What Makes You Beautiful" and The Wanted's "Glad You Came."

This year's show will air live on September 6 at 8:00 PM on MTV and will feature performances from four-time VMA veteran Alicia Keys and VMA first-timers One Direction.