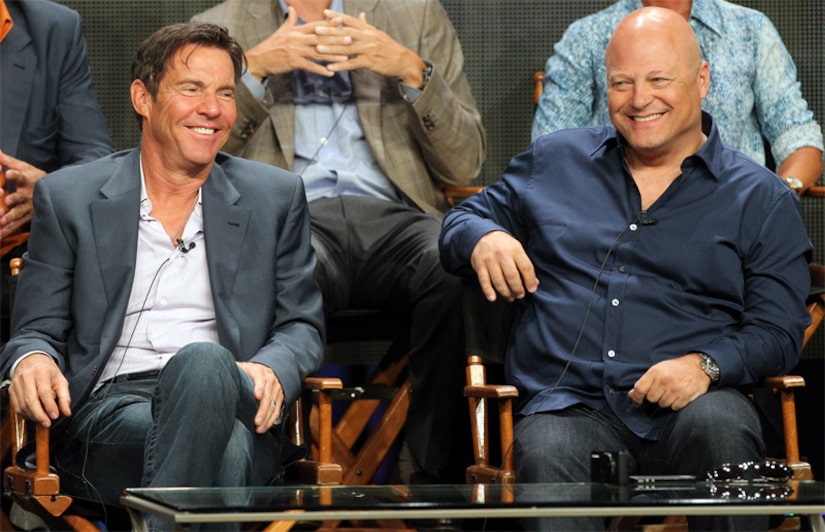 What happens in “Vegas” is now Dennis Quaid’s problem! The veteran actor is returning to television for the new CBS show co-starring Michael Chiklis.

Dennis plays a Sin City sheriff circa 1960, while Michael plays his gangster nemesis. “He has a rough exterior, but he’s a big teddy bear,” Quaid told “Extra’s” Maria Menounos. Chiklis shushed him, saying, “You’re blowing it, you’re blowing it!”

Maria caught up with some of the network’s hottest stars to talk about the what’s in store. Watch the video and get the scoop on “Vegas,” “Sherlock,” “NCIS,” “Episodes” and more.