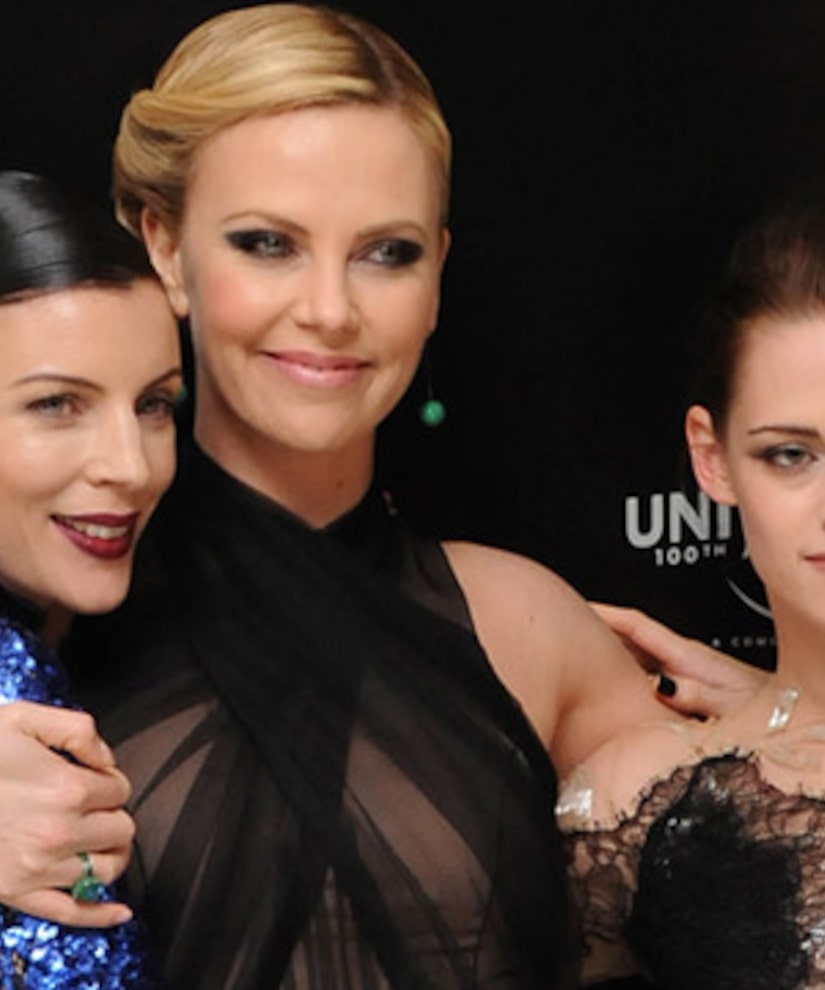 Charlize Theron is steaming over Kristen Stewart's affair with “Snow White and the Huntsman” director Rupert Sanders. Charlize, who was completely in the dark about the cheating scandal, is in an awkward position, reports Radar. She's good friends with both Kristen and Sanders' wife, Liberty Ross.

“She is very tight with Liberty, has often socialized with the family over dinner and cannot believe Kristen has done this,” an insider told the site. “When they were filming 'Snow White and the Huntsman,' Charlize felt like an older sister to Kristen, and they were always sharing advice.”

The source also revealed that “Charlize confided to her new pal about her adoption plans. She even asked Kristen if she wanted to be her baby Jackson's godmother -- that was how close they were. But Charlize had no idea what was going on between Rupert and Kristen and now feels completely betrayed by the whole incident.”

The insider added, “It's certainly left Charlize between a rock and a hard place, because she feels great sympathy for Liberty and the kids, and yet she has a sisterly love for Kristen.”

No word yet on whether Theron has reached out to Ross, however, recent interviews with Rupert's model wife shed some light on the couple's recent struggles.

Just two weeks before the scandal, Ross, 33, told YOU magazine, "I romanticized domesticity for a while and loved having a shopping list of groceries stuck to the fridge for the first time. But moving here and starting a life all over again was a lot harder than I had anticipated. I just didn't think it would be as isolating and daunting as it turned out to be."

She also revealed, "I would never say out loud that I am raising my children alone. But a lot of the time it has felt like that."

Stewart and Sanders have both issued public apologies for their indiscretion.