Paparazzi peppered Jack Nicholson with questions as he left an L.A. restaurant Wednesday night, asking the superstar about dinner, the Lakers… and the Colorado shootings… about which Jack said nothing.

The veteran actor played The Joker in Tim Burton’s 1989 “Batman” -- the character that James Holmes reportedly emulated when he opened fire on a sold-out showing of “Dark Knight Rises.” Holmes’ dyed red hair, however, more closely resembled the late Heath Ledger’s “Dark Knight” Joker, or the one played on TV by the late actor Cesar Romero.

When asked about the massacre, he evaded the question, preferring instead to sign autographs and chat with fans.

Bale, who stars as Batman in the franchise, flew to Colorado on Tuesday to meet with the victims and pay his respects to those who lost their lives. 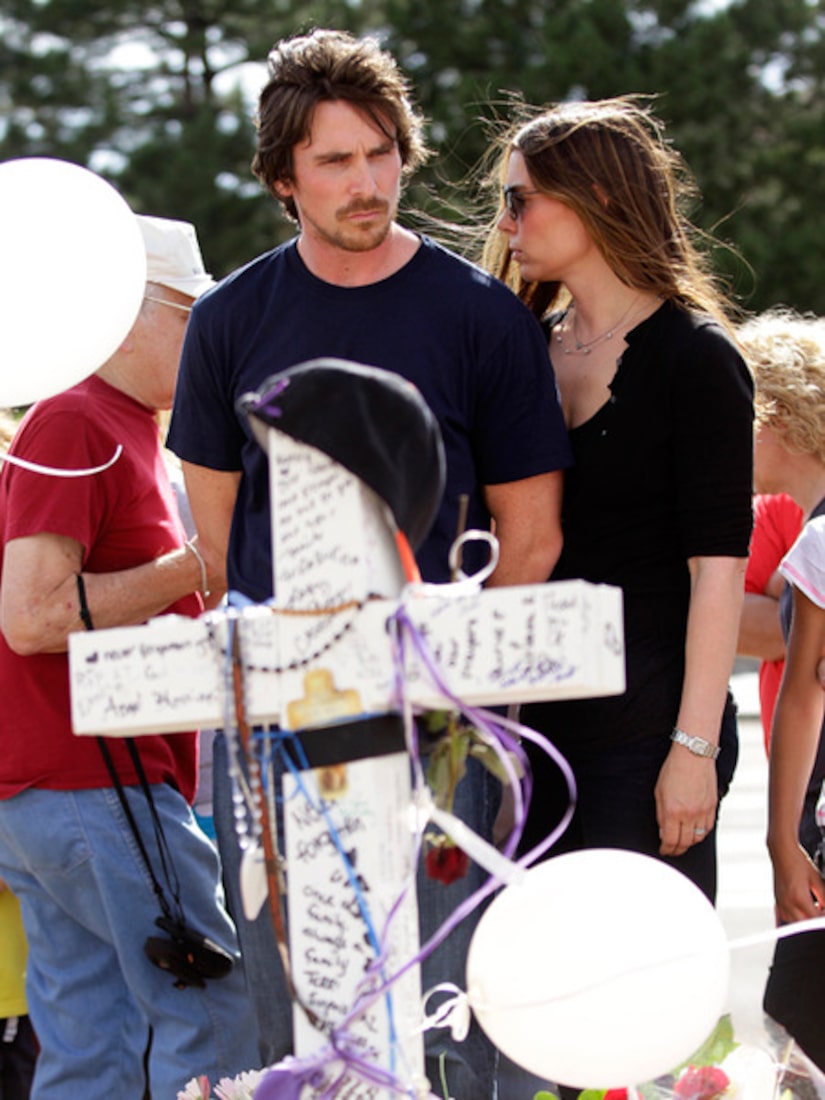