Christian Bale made a special stop in Aurora, CO on Tuesday to visit the victims of the Colorado shooting. After a stop at the hospital, he made his way to the makeshift memorial set up near the theater where the killing spree took place during a “Dark Knight Rises” showing.

New video of the Batman star shows him and wife Sandra praying with mourners and leaving flowers.

Katie Medley also made a special trip to the hospital on Tuesday. The 21-year-old, who was at the midnight movie massacre, welcomed son Hugo on Monday. Her husband Caleb was nearby, but in a medically induced coma, says MSNBC. The 23-year-old was shot in the face, lost an eye, and according to a family website, has suffered brain damage as well. 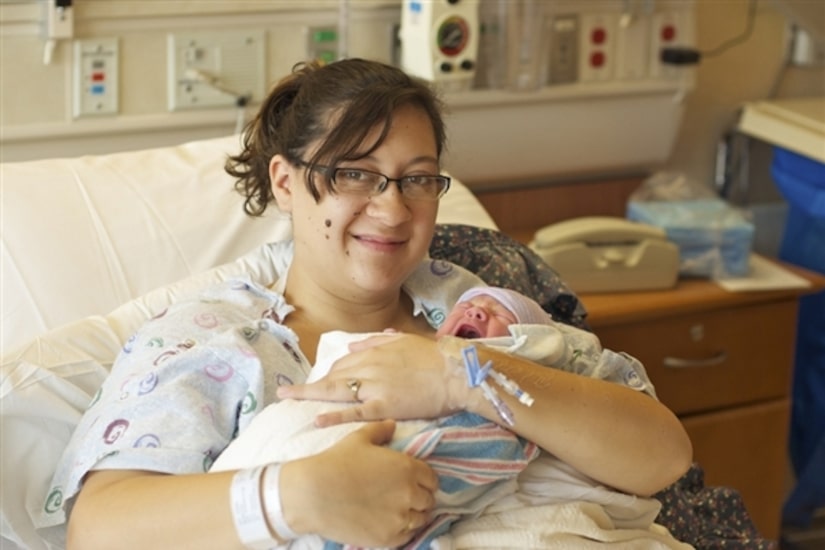 Family and friends are asking for lots of love and prayers for Caleb. They're also taking donations to help with the aspiring comedian's staggering medical bills. The couple has no health insurance, and his care is expected to cost somewhere near $2 million.

People magazine's Friday cover story also pays tribute to the victims and those heroes who showed “courage in chaos” when James Holmes allegedly opened fire on the sold-out crowd.

Among the brave was Alex Treves, 24, who shielded girlfriend Amanda Lindgren from the spray of bullets. He died, while his girlfriend survived. 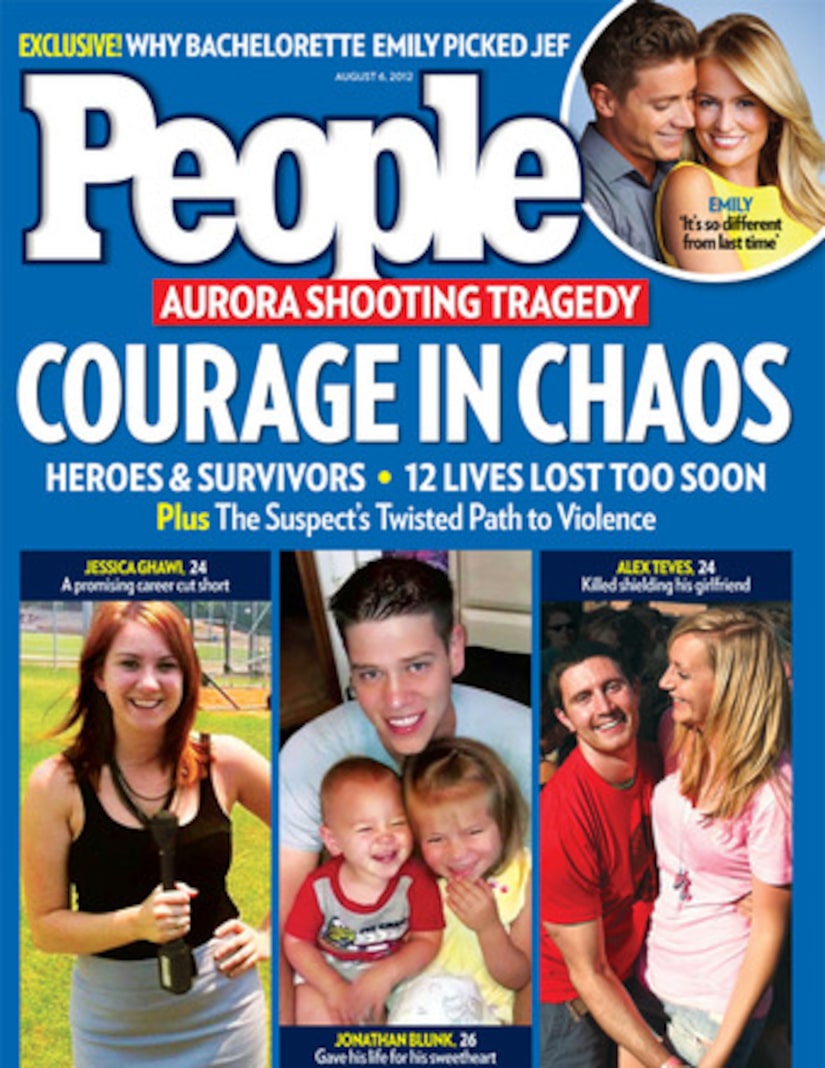