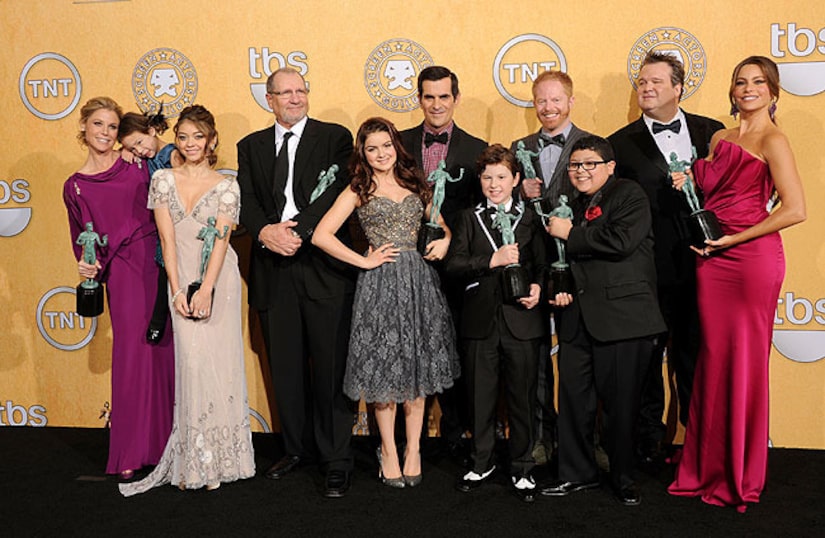 The cast of “Modern Family” has filed a lawsuit against 20th Century Fox Television to have their contracts voided.

“Extra” obtained documents in which “Family” members Ty Burrell, Julie Bowen, Jesse Tyler Ferguson, Eric Stonestreet and Sofia Vergara want their deals voided because they violate California's "7 Year Rule," which prohibits personal service contracts for longer than 7 years. This is a common tactic used by actors who are renegotiating for higher salaries.

A source close to the case told “Extra” that O'Neill, who did not originally file with his castmates and was negotiating separately, has decided to join as a plaintiff in the lawsuit.

The cast is asking for much more, including more than double the offered salary if the show goes 8 or 9 seasons, as expected.

The “Modern Family” cast did not show up for a scheduled table read on Tuesday.

Read the papers below.