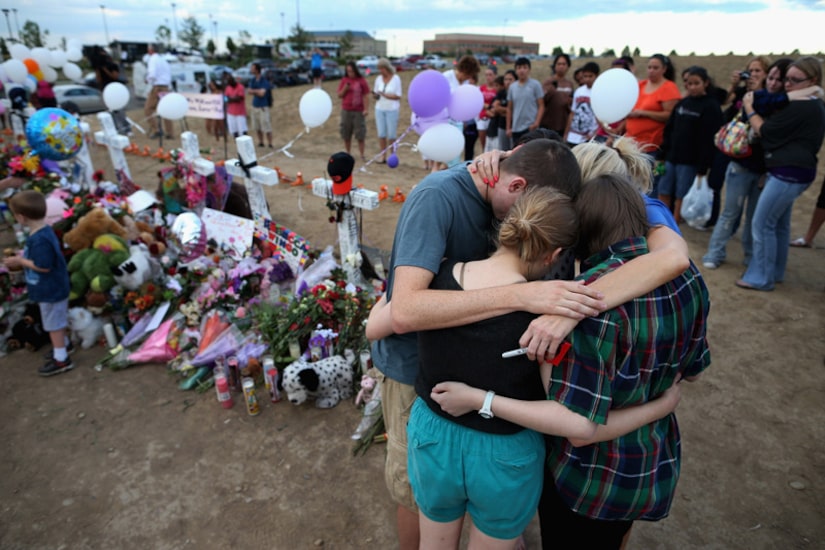 Following the Colorado shooting at a midnight showing of “Dark Knight Rises,” Warner Bros. has announced plans to donate money to the victims and their families.

The studio is coordinating with the Colorado governor's office to give a portion of the profits (the film earned an estimated $160 million opening weekend) and will likely use the nonprofit GivingFirst.org to distribute the funds, says Deadline Hollywood.

Anne wrote, "My heart aches and breaks for the lives taken and altered by this unfathomably senseless act. I am at a loss for words how to express my sorrow. My thoughts and prayers are with the victims and their families."

Bale, the star of the Batman franchise, told Deadline Hollywood, "Words cannot express the horror that I feel. I cannot begin to truly understand the pain and grief of the victims and their loved ones, but my heart goes out to them."

Director Christopher Nolan also released a statement on Friday on behalf of the entire production. He wrote, “Speaking on behalf of the cast and crew of 'The Dark Knight Rises,' I would like to express our profound sorrow at the senseless tragedy that has befallen the entire Aurora community. I would not presume to know anything about the victims of the shooting, but that they were there last night to watch a movie. I believe movies are one of the great American art forms and the shared experience of watching a story unfold on screen is an important and joyful pastime.”

Nolan added, “The movie theatre is my home, and the idea that someone would violate that innocent and hopeful place in such an unbearably savage way is devastating to me. Nothing any of us can say could ever adequately express our feelings for the innocent victims of this appalling crime, but our thoughts are with them and their families."