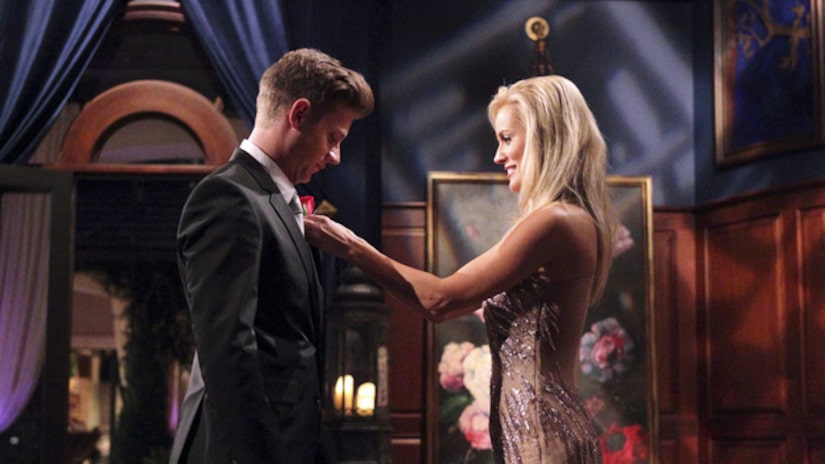 “The Bachelorette” Emily Maynard is officially engaged! Jef Holm popped the question in a fairytale proposal on the Sunday night finale.

It was an emotional roller coaster ride as Emily struggled with her final decision between beaus Jef and Arie Luyendyk, Jr.

The two bachelors seemed to be neck-and-neck in the race to win Emily's heart, especially when her father gave both the seal approval, but it wasn't long before Jef came out ahead in the game.

Emily invited the 27-year-old to meet her daughter poolside at her villa. When Arie didn't get the same opportunity, it was clear that Jef had won her heart.

Maynard's tearful breakup with Arie paved the way for Jef to get down on one knee and pop the question. After a long pause, Emily said “Yes!”

Get a play-by-play of all the action! Watch the live "Bachelorette" finale viewing party hosted by Renee Bargh, with former "Bachlorette" contestants Jonathan Novack and Kiptyn Locke and former "Bachelor" contestant Tenley Molzahn. In the chat you'll see their reactions to Emily's pick and what you the fans had to say!