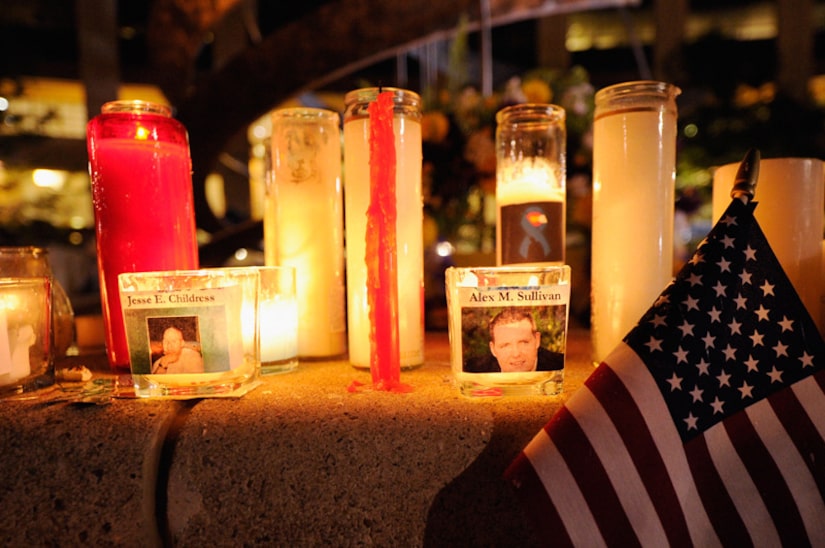 Candlelight vigils and makeshift memorials have popped up in Aurora to honor victims of the Colorado shooting. As new details emerge about the wounded and those who lost their lives at the midnight showing of “Dark Knight Rises” on Friday morning, so do stories of great heroism.

Nick and Samantha both survived the horrific event, although Samantha is still in the hospital recovering from a gunshot.

Alexander Treves, 24, went to the show with his girlfriend Amanda and friend Caitlin. Like McQuinn, Teves shielded Amanda from bullets, saving her life. Teves' father, Tom, told ABC that his son had a “heart of gold.”

Caitlin later tweeted, "Alex Teves was one of the best men I ever knew. The world isn't as good a place without him."

Jonathan T. Blunk, 26, shoved his girlfriend Jansen Young under theater seats to protect her from the spray of bullets. He continued pushing on her back as shots were fired. When he finally stopped, she didn't realize it was because he had been hit. When she tried to get up, he didn't move.

"I guess I didn't really know he had passed, up until I started shaking him and saying, 'Jon, Jon, we have to go,” she told NBC. “It's time for us to get out of here.'”

Among the heartbreaking stories, is that of pregnant Ashley Moser. The 25-year-old mother is clinging to life after being shot three times. Her 6-year-old daughter Veronica was the youngest of the victims killed.

“I don't know how, but she still has the baby,” Ashley's brother, Robert Sierra, told the Daily Mail. “Yesterday I was told she had lost it and today it's okay. It's a miracle, as she was shot in the stomach.”

The alleged shooter, James Holmes, appeared in court for the first time on Monday. He is currently being held without bond, in solitary at Arapahoe County detention facility. District Attorney Carol Chambers says her office will consider the death penalty.