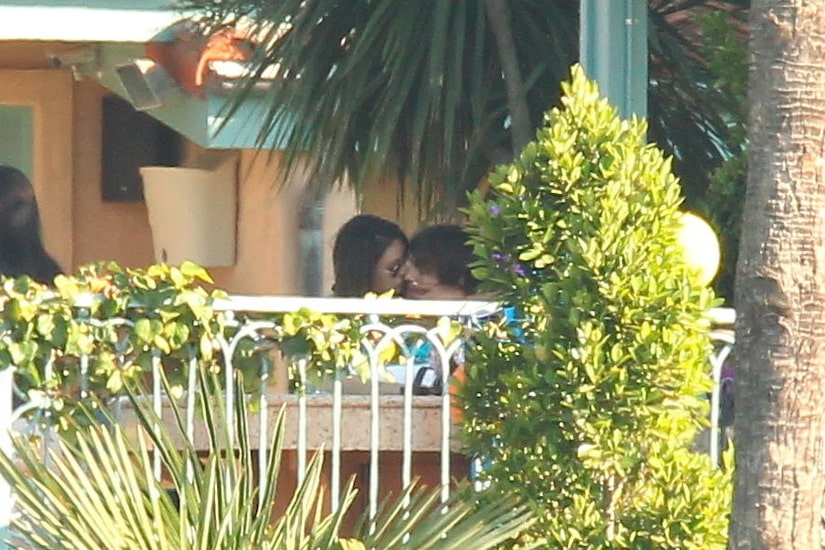 Former “That '70s Show” co-stars Ashton Kutcher and Mila Kunis say they are just friends, but their recent PDA disproves that notion.

The two were spotted Saturday sharing a smooch at the wrap party for “Jobs,” the upcoming Steve Jobs biopic starring Kutcher, reports x17online.com. See the pics!

Kunis, 28, and Kutcher, 34 -- who split with wife Demi Moore last year -- were the subject of rumors in April when they were snapped being very friendly, but Kunis insisted to “Extra” that they were just friends. She told “Extra's” Ben Lyons at the 2012 CinemaCon, "It's absurd! A friend is a friend."

She reiterated the sentiment in an interview with British Elle's August issue. "I am totally single," she said. "Listen, [Ashton and I] hang out. We've known each other for 15 years. We have mutual friends. We're comfortable with one another. That's it! There's no crazy love story, nothing more."

Perhaps the lady doth protest too much!