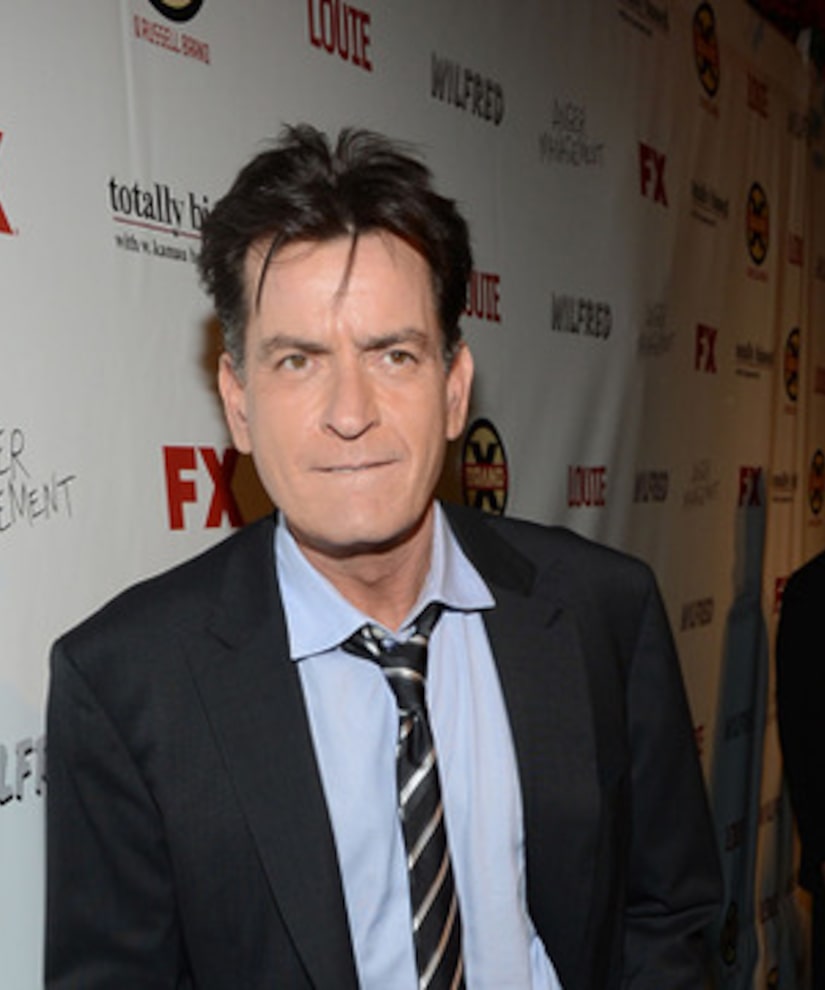 “Extra’s” Jerry Penacoli was on the “Machete Kills” set in Texas and talked with Sheen, who explained, “I felt like it was connected to the whole past movement, the ‘winning movement, tiger balm movement.’ I still like winning; it still applies. Now it makes sense cause I’m finally winning.”

Charlie also said he was really impressed with how his Twitter account had developed into a new bartering tool. “I know there’s great value in there to reach out to a lot of people to promote stuff. It got to the point where I couldn't go anywhere with out them wanting to cut a deal.”

Asked if he would ever return to the popular social media outlet, the “Anger Management” star admitted, “The founders never called me once to say ‘Hey, thanks for really securing us on the map.’ Not a single phone call and I felt like ‘Really guys?’ I didn’t make a dime off the whole thing and they got rich on that.” Sheen added, “I may come back @charlie$heen, with the ‘s’ as a ‘$,’ and all endorsements, just like Kardashianville… the hell with everyone.”