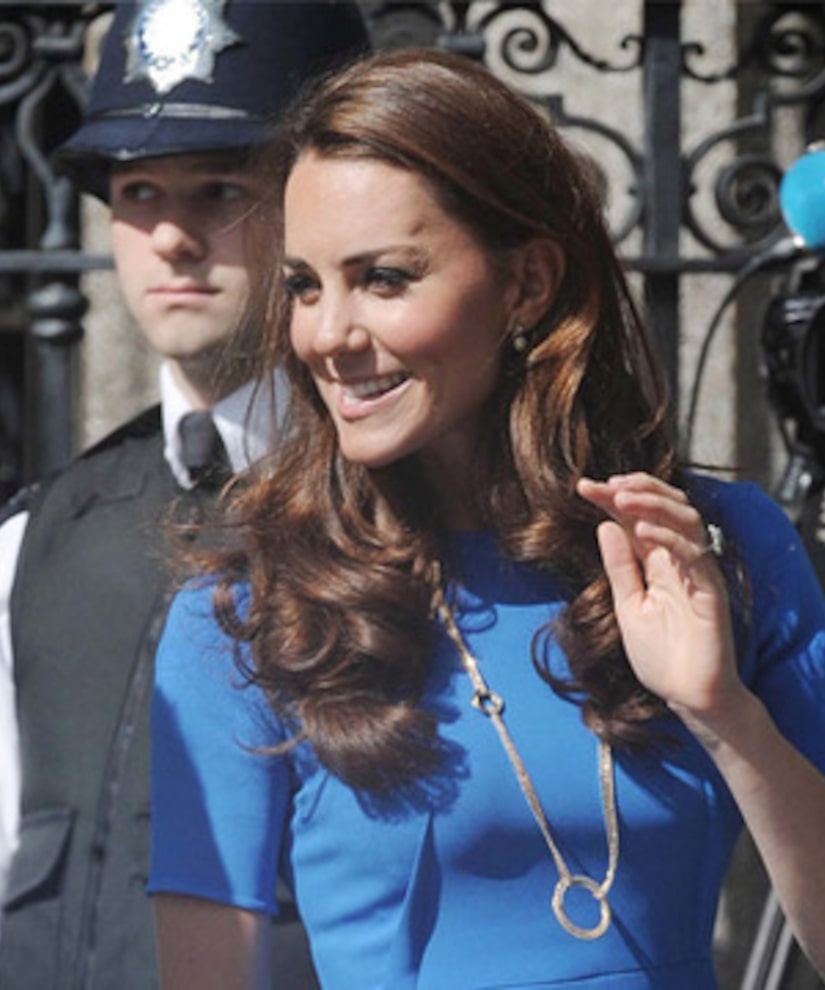 The Stella McCartney frock left a little room in the stomach region, causing some to speculate that Kate's got a little prince or princess on board.

Daily Beast Royalist columnist Tom Sykes couldn't help but comment on the fullness of her figure after viewing photos from the National Portrait Gallery gathering. “I'm going to state this as plainly as I can and I hope I don't offend anyone… I think Kate's boobs are looking bigger.”

He added, “It might just be the cut of the £500 ($785) Stella McCartney dress, but I do believe I also detect a pregnancy-like proto bump on her admittedly rather slender body, poring through the pictures of today's outing.”

It's no royal secret that the Duke and Duchess of Cambridge want children, Kate once told ITN, “I hope we will be able to have a happy family ourselves.”

In other Middleton news, Kate's family could be in hot water over potentially unauthorized Olympics gear on their Party Pieces website.

Using the famous rings or slogans like “Backing the 2012 Games” and “Supporting the London Games” is a big no-no. London organizing committee spokesman Jackie Brock-Doyle told the AP, “We're going to have to look at it.”