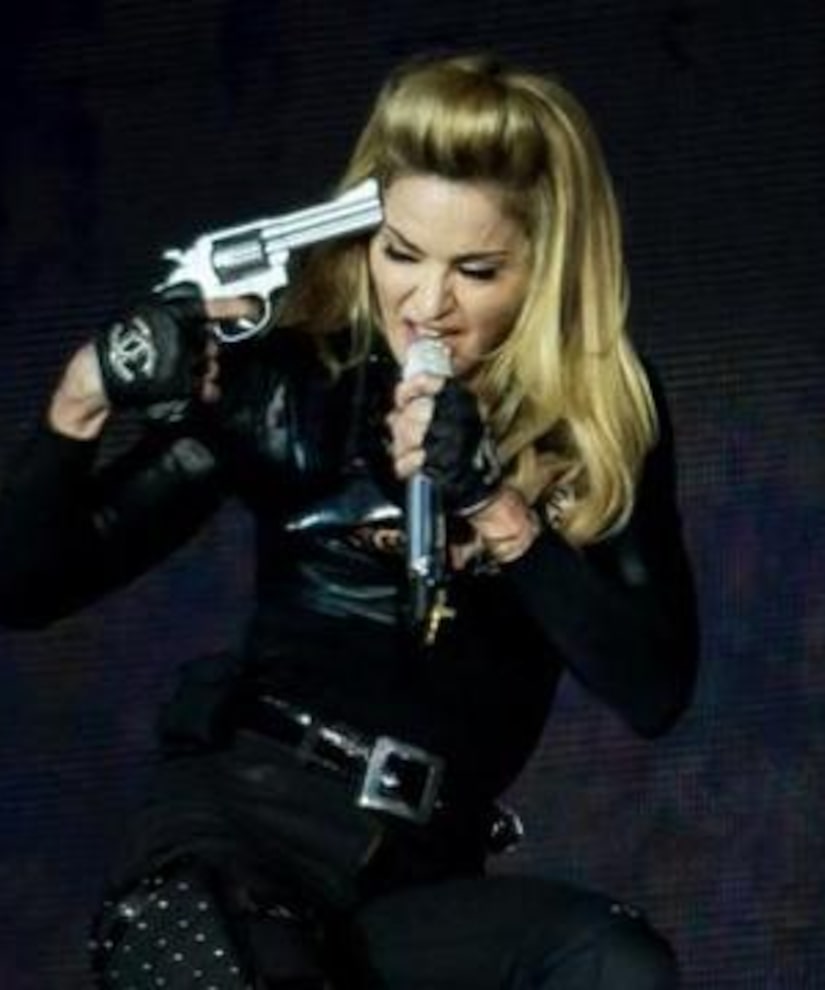 Superstar Madonna continued her controversial worldwide "MDNA" tour Monday night in London's Hyde Park, where she put a big gun to her head in an on-stage stunt.

This isn't the first time Madonna has packed unloaded heat. During a May show in Tel Aviv, she brought out an AK-47 rifle for effect while performing her single, "Revolver." (Photo Credit: Getty Images) 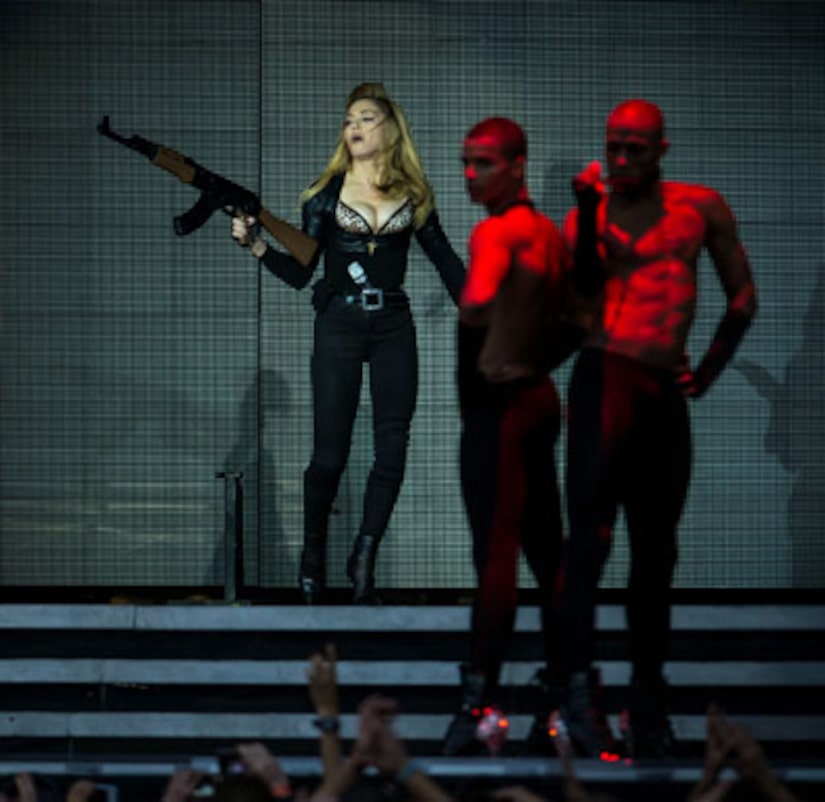 Over the past few weeks, the Material Girl has gone to curious lengths during her concerts, including mooning a crowd in Rome, revealing a breast in Instanbul, and is currently facing a lawsuit for flashing a Swastika over the face of a politician in Paris.

Following the recent controversy over Lindsay Lohan's gun antics with famed photographer Terry Richardson, the national suicide hotline Hopeline told E! News, "When a celebrity uses suicide and specifically the means to do it as a joke, it is grossly irresponsible and is a disgrace… this is no joking matter. Lives are at stake."

Madonna's world tour is set to end in South America in December.