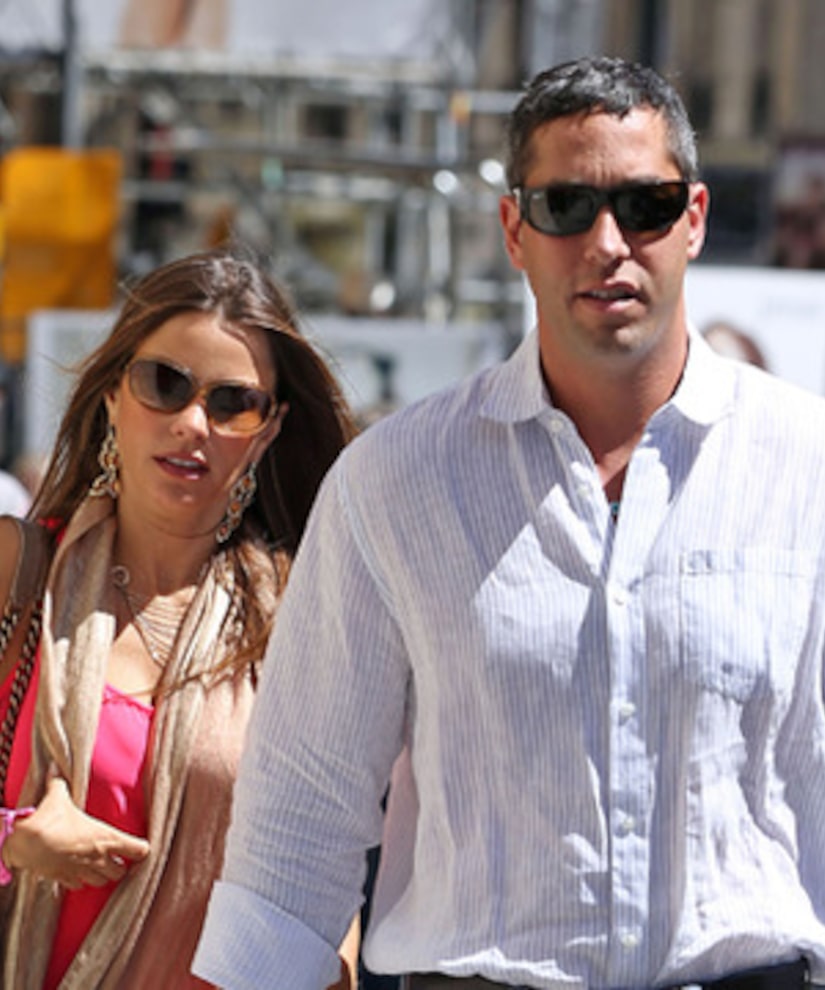 Actress Sofia Vergara and boyfriend Nick Loeb are going strong in Paris, despite a little relationship hiccup earlier this month.

Loeb was spotted holding hands with Sofia and kissing her shoulder as they strolled through Paris and stopped into a restaurant.

Sofia was ringless -- not a surprise after she reportedly turned down Nick's marriage proposal while the two were in Mexico celebrating her 40th birthday a few weeks ago.

The French getaway wasn't all about romance. Sofia tweeted, “In Paris to finish shooting Smurfs 2!!”