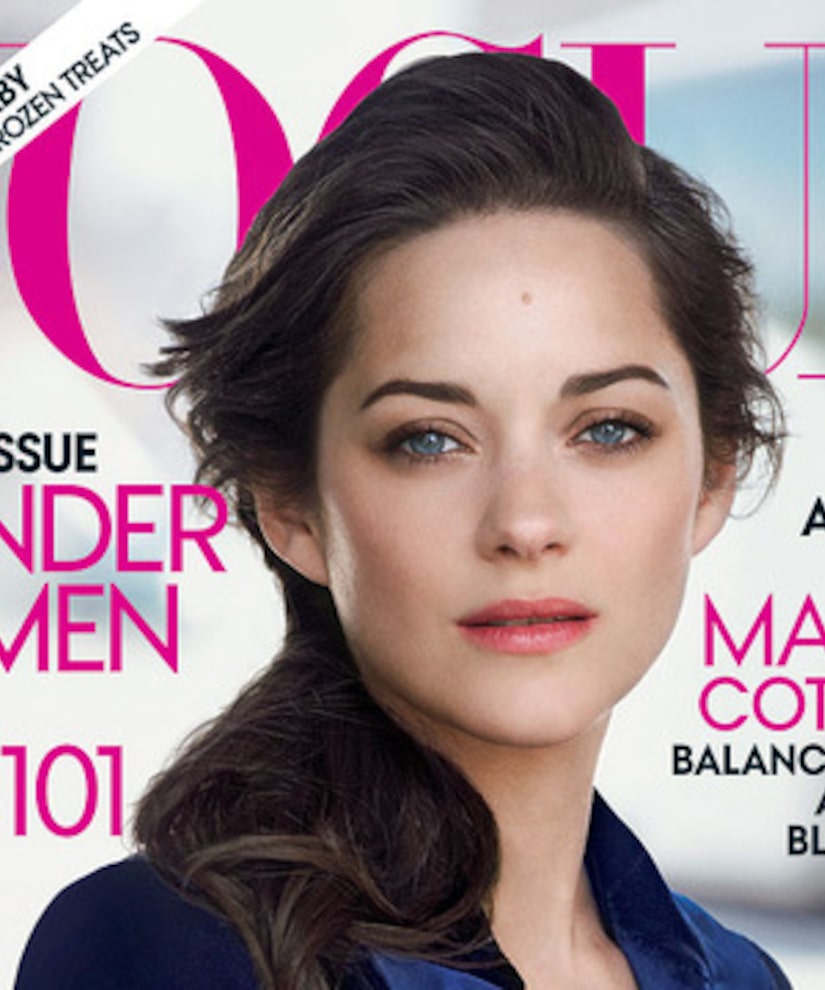 She learned to speak Polish for James Gray's still-untitled movie, swim without the use of her legs for Jacques Audiard's upcoming “Rust and Bone,” and play an eco-businesswoman who lures a grieving Batman out of his Batcave in “The Dark Knight Rises,” a role she took on almost immediately after welcoming a son with French actor-director boyfriend Guillaume Canet last year.

“She's Superwoman,” director Christopher Nolan told Vogue. Nolan was so intent on Cotillard being in “Dark Knight Rises” that he adjusted his production schedule around her delivery hospital dates. 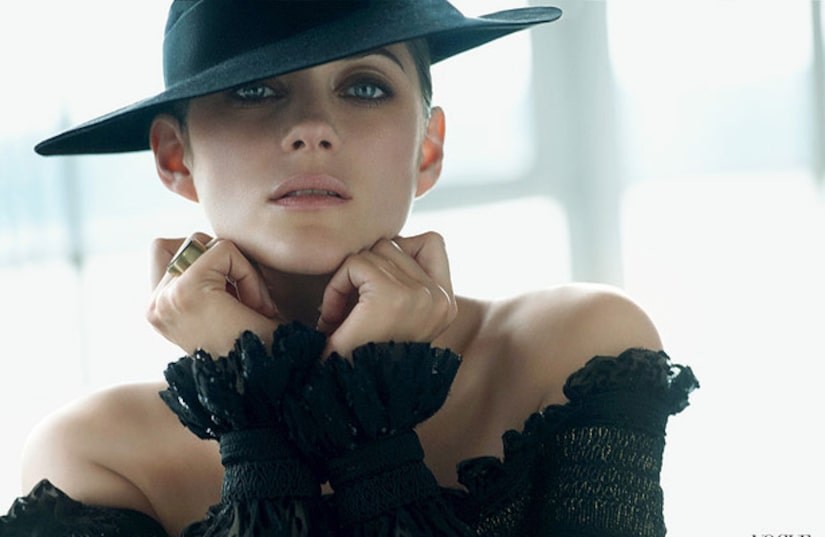 Cotillard, who won the Oscar for her performance as Edith Piaf in “La Vie En Rose,” confessed, “I've never been more exhausted. But I've never had more energy. This is the paradox of being happy. That's where it comes from.”

See more pics of Marion at Vogue.com, and pick up the magazine on newsstands July 24.