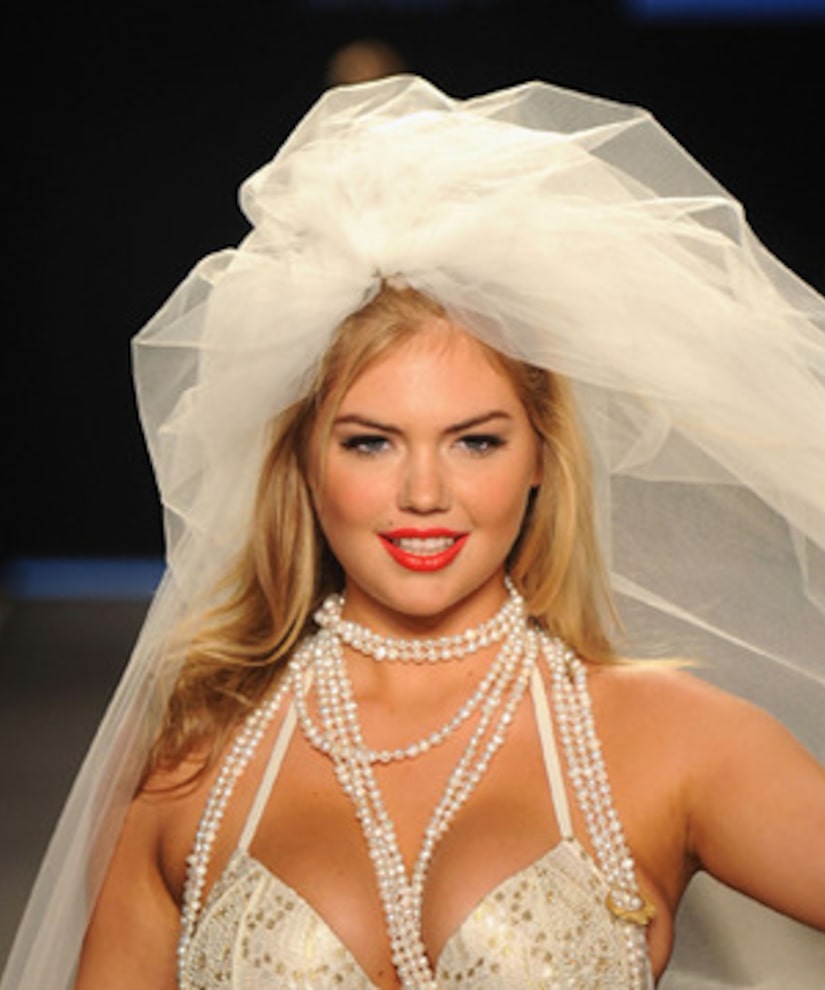 Model Kate Upton hit back at a “Skinny Gossip” blogger who called her “fat” and described her as a “piggie” and “cow.”

“I'm not going to starve just to be thin,” she told The Sun. “I want to enjoy life and I can't if I'm not eating and miserable.”

The anonymous blogger from “Skinny Gossip” wrote, “Did you know that humans are 80% genetically identical to cows? Well, allow me to prove it to you…” followed by an unflattering picture of Upton's backside.

The post went on to blast Upton, 20, saying she was “confidently lumbering up the runway like there's a buffet at the end of it.”

The writer added, “Huge thighs, NO waist, big fat floppy boobs, terrible body definition -- she looks like a squishy brick. Is this what American women are 'striving' for now? The lazy, lardy look?”

The unknown writer, self-described as a 100-pound, 5'7” former model, got some serious heat for the post, including angry emails, death and rape threats. The scribe, who now works in the fashion industry, has since made some changes to the pro-skinny site. She no longer posts "Starving Tips of the Day" and is taking a stance against self-harm.