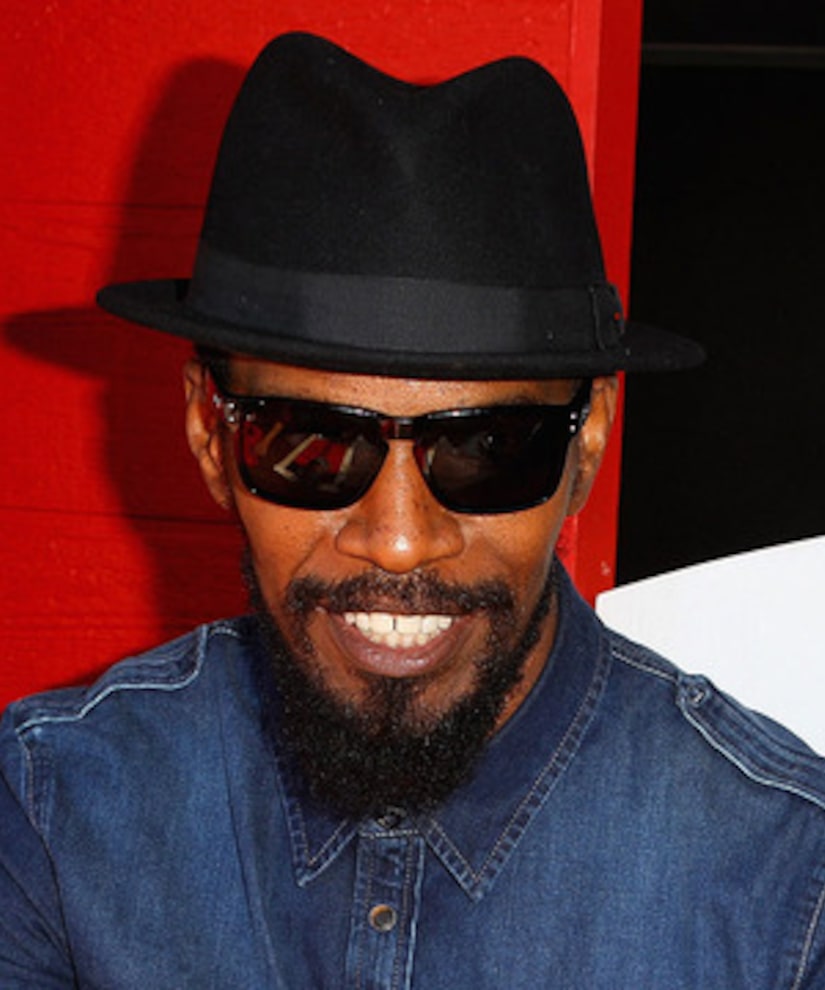 At Comic-Con 2012, actor Jamie Foxx chatted with “Extra’s” Renee Bargh about his new film, “Django Unchained” – and about how he admires good friend Tom Cruise for his conduct in the split with Katie Holmes.

Foxx, who starred with Cruise in the 2004 thriller “Collateral,” told Bargh, “You have to commend him for already settling everything... and sort of like nipping things in the bud... I think that's a testimony to both of their characters because I have two kids... and the only thing that matters in the world are those two children.”

There is one celebrity breakup, however, that Foxx jokingly admitted he just can’t get past: Jennifer Aniston and Brad Pitt. Foxx sighed, “I'm still getting over Jen and Brad, and I know that sounds feminine, but I hope they get back together.”