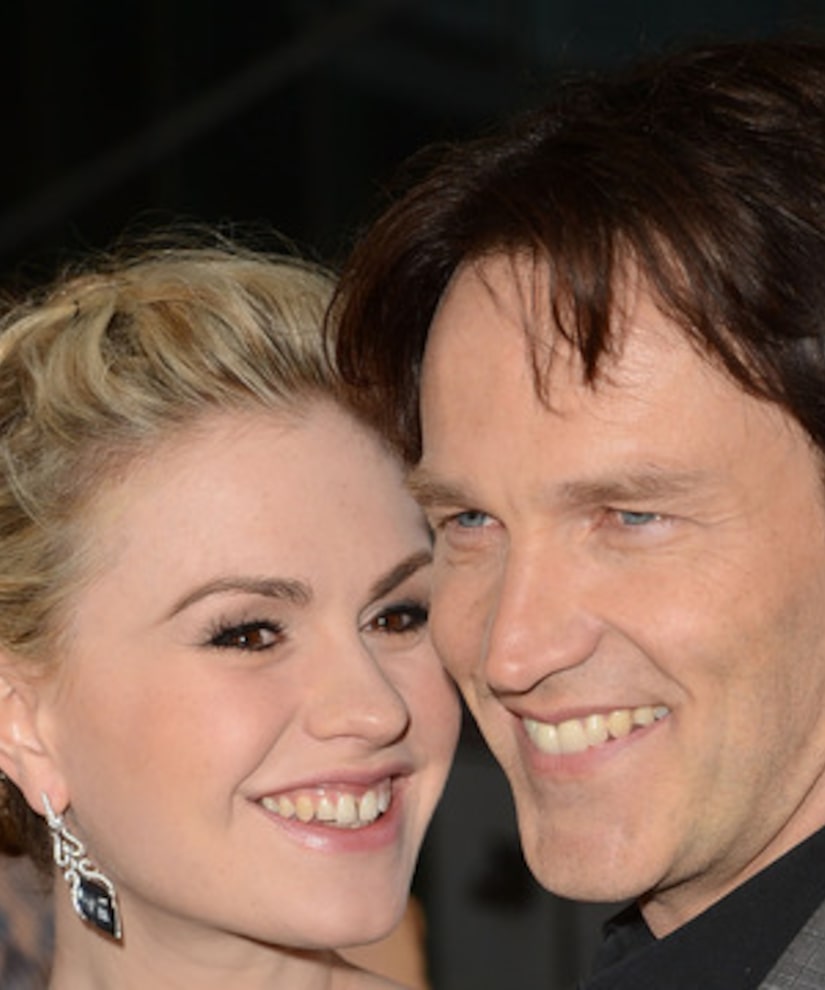 Moyer, who has two children from a previous relationship, told the magazine at a post-Comic-Con party in San Diego, "I love my kids beyond anything. They're the best things ever, and having two more is just going to be even more crazy, but that's cool!"

Moyer assured that Paquin, who was absent at the star-studded event, was doing well. "She's good. She's in bed and I am going to be there very soon myself."

Michael McMillian, who plays Steve Newlin on the vampire drama, said "True Blood" is "taking great care" of Paquin. He continued, "I think she's probably really happy that she has some time off now to focus on what's to come."

Paquin and Moyer wed on August 21, 2010 and announced their pregnancy earlier this June.