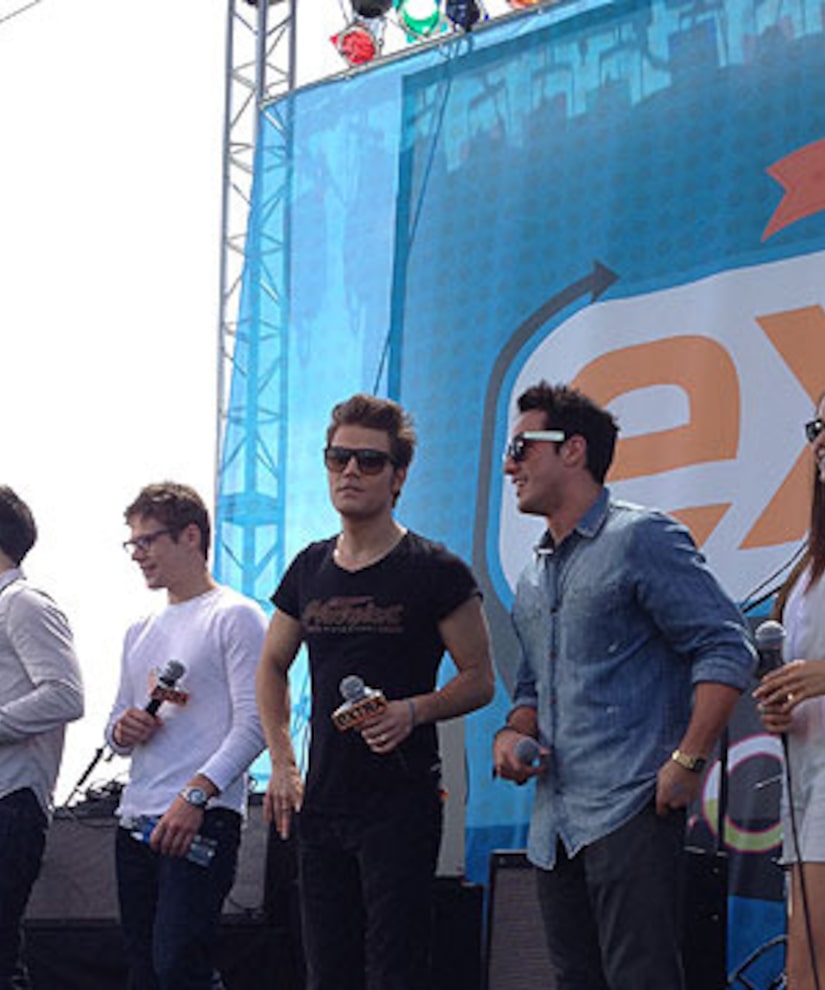 The cast of “The Vampire Diaries” stopped by the 'Extra at Comic-Con' stage to talk with “Extra's” Renee Bargh, including Ian Somerhalder and Nina Dobrev, who weighed in on the rumors they might star in a film version of “50 Shades of Grey”!

Somerhalder said, “I can't imagine Universal doing that, but that would be very interesting.” Ian turned to co-star Paul Wesley and asked, “Would you be my stand in?” Wesley quipped, "I don't think I'm pretty enough."

Dobrev added, “I think if people saw us in '50 Shades of Grey' they'd just see Elena and Damon.”

Watch more of our Comic-Con interviews with the cast!