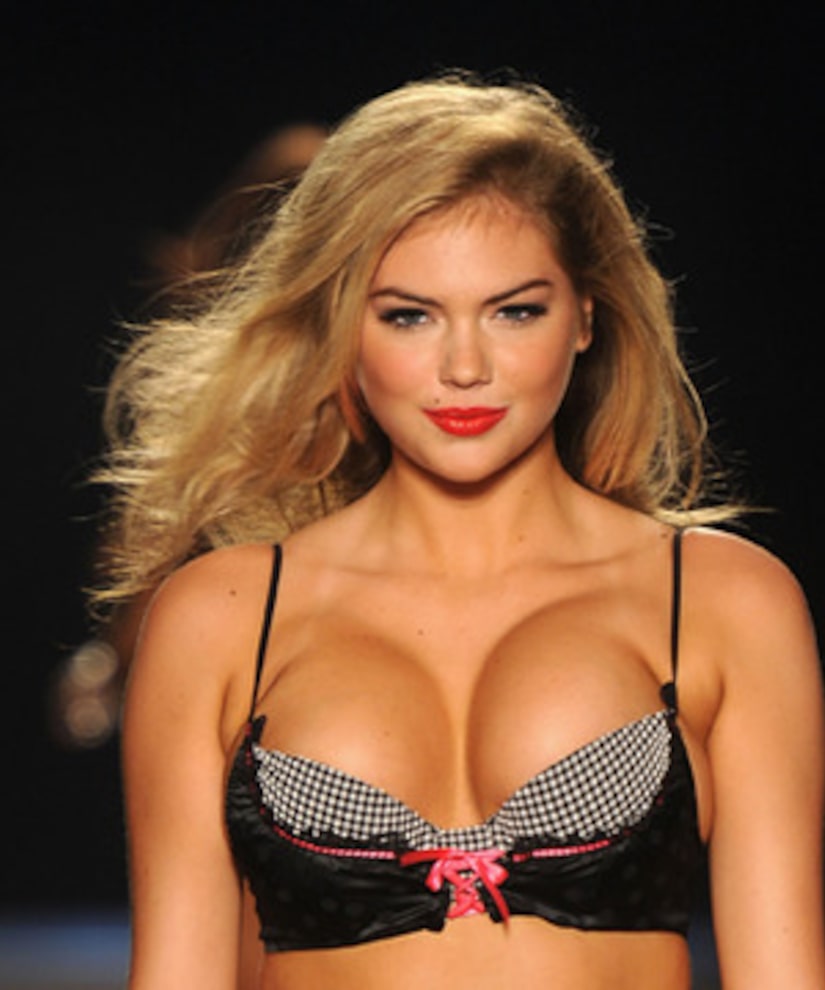 Model Kate Upton's curvy figure came under attack recently when a “Skinny Gurl” slammed the runway favorite, calling her a “piggie” and “cow” in a nasty blog post.

The anonymous blogger from “Skinny Gossip,” wrote, “Did you know that humans are 80% genetically identical to cows? Well, allow me to prove it to you…” followed by an unflattering picture of Upton's backside.

The post went on to blast Upton, saying, she was “confidently lumbering up the runway like there's a buffet at the end of it.”

The writer added, “Huge thighs, NO waist, big fat floppy boobs, terrible body definition -- she looks like a squishy brick. Is this what American women are 'striving' for now? The lazy, lardy look?”

The unknown poster, self-described as a 100-pound, 5'7” former model, got some serious heat for the post, including angry emails, death and rape threats.

Lesley Jane Seymour, Editor-in-Chief of MORE magazine analyzed the post for ABC News, saying, “Running this site [Skinny Gossip] where you actually praise women for staying emaciated and skinny, and then to go out there and then track someone who has a normal body, I mean, she's [the blogger] got issues,”

Former model and author Carol Alt added, “She's laughing all the way to the bank. I would just say keep your end up and keep moving forward.”

Since the June 10 post, “Skinny Gurl” has made plans to add resources about depression, eating disorders and self-injury.

Tell us what you think in the comment section!