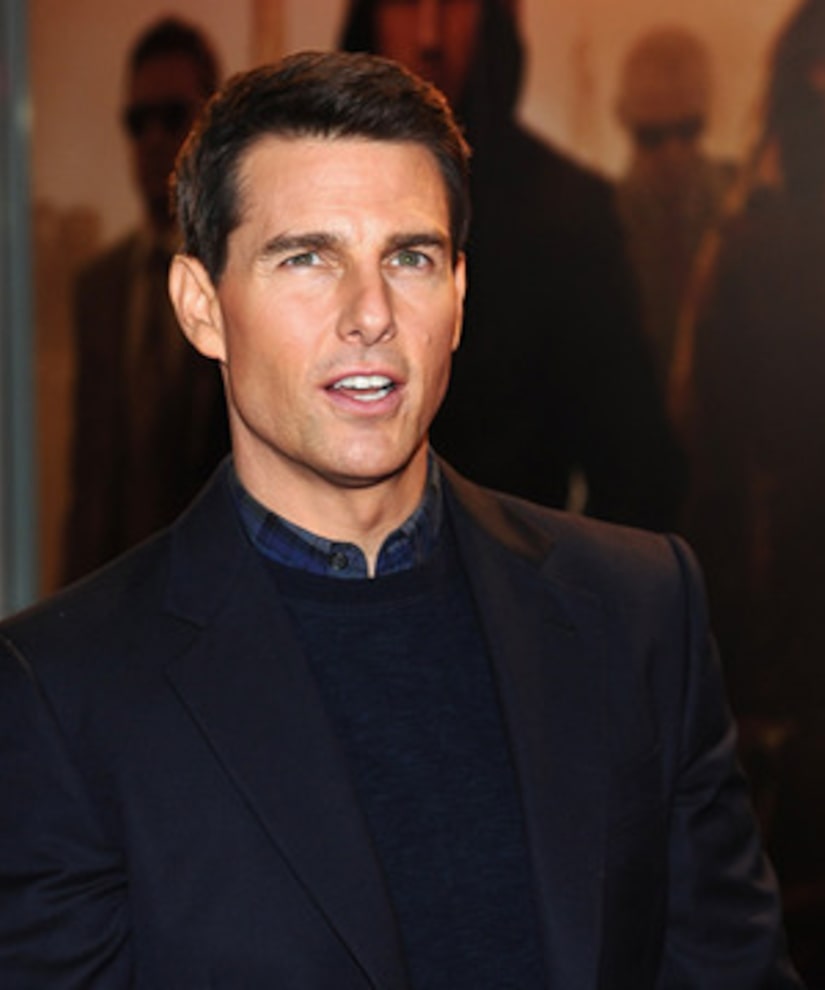 The National Enquirer is in hot water with Tom Cruise over a new “house of horrors” cover story. The superstar's lawyer has already threatened to sue the paper, according to the Hollywood Reporter.

Bert Fields, Cruise's attorney, blasted American Media (Enquirer's publisher) over the “disgraceful and lurid cover,” which claims, “The Real Tom is a Monster” and promises to expose “Katie's Secret Breakdown.”

Fields countered, “He is a caring father, a hardworking actor, and above all, an honest decent man,” adding, “Mr. Cruise's home, which you have pictured, is by no means a 'house of horrors. It is a gracious and loving family home.”

Fields also attacks claims in the story that say Katie was subjected to a “tortured life” and that Suri was forced to live in a windowless room for five months in Telluride, Colo.

Fields said, “It is also untrue that Mr. Cruise subjected his wife to 'relentless verbal abuse emotional punishment, humiliation and intimidation.' These are all egregious lies.” Fields also slams accusations that Scientologists monitored Katie with the help of household staff like bodyguards, gardeners and housekeepers and that they reported her actions to Scientology leader David Miscavige.

The letter goes on to say, “[Suri] spent most of her time with Tom and Katie. She slept in a nursery adjoining their bedroom. It has a window.”

Fields ended the message by threatening legal action and asking the Enquirer to “retract each and every one of your false allegations about Mr. Cruise with the same prominence and emphasis as you gave your original false and defamatory assertions… these disgusting lies about Mr. Cruise will be there for all time, to be read by his children and, someday, his grandchildren.”