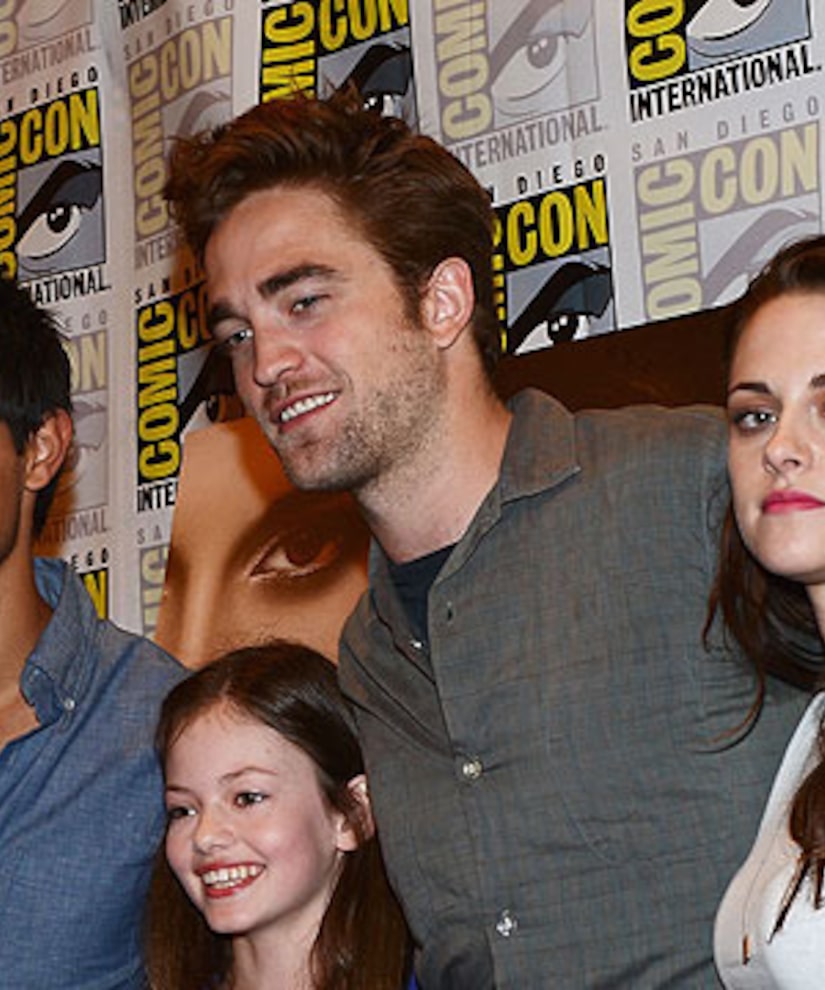 It must be Comic-Con again if you’re talking “Twilight” with Kristen Stewart and Robert Pattinson.

“Extra’s” Ben Lyons headed down to San Diego for the first day at the Con, where the “Twilight” frenzy began four years ago. He caught up with Stewart and Pattinson, chatted about “Breaking Dawn, Part 2” -- and whether they’ll ever work together again now that’s it over.

Stewart told Lyons, “Oh dude, we will work together again. And I'm not being coy, but sometimes I have a few actors that I worked with before that I'm like, ‘We have to keep doing this together’ and he's definitely one of them.”

Pattinson, who has been writing scripts on the side, concurred. “I would love to, yeah definitely. There are only like a few actors who can kind of get stuff financed and Kristen is one of them… It’s so easy to cast her in things.”

The two still marveled at the fan reaction to “Twilight” after all this time. Stewart laughed, “Even after all these years, it’s weird. The reason I love doing this job is that shared energy. This is the most intense version of it I'll ever have.”

Pattinson added, “They never seem to change age as well. It's so crazy. I didn’t understand it the first time I saw and I don't understand now. I’m curious what all the people will do after.”

Watch more of our interviews with Kristen and Rob!