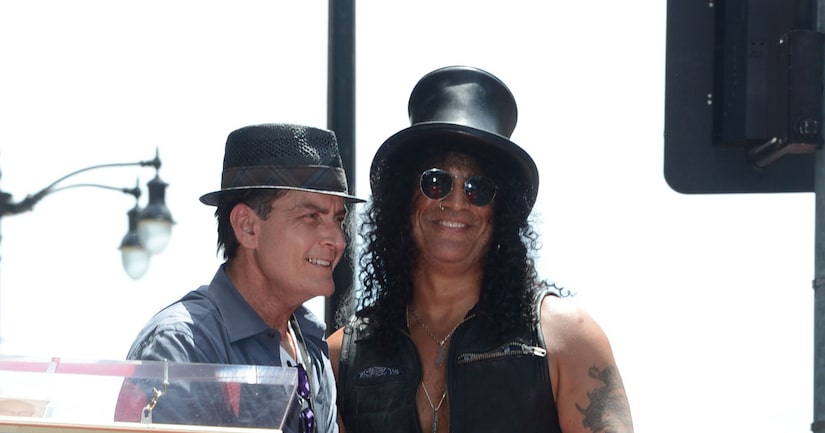 Less than three months after his induction into the Rock and Roll Hall of Fame, ex-Guns N' Roses guitarist Slash received a star on the Hollywood Walk of Fame. Speakers included producer Robert Evans, radio host Jim Ladd and actor Charlie Sheen, who had the best line of the ceremony. Full Story at Rolling Stone

Former 'Bachelorette' Contestant: 'I Thought I Was Going to Marry Emily' -- People