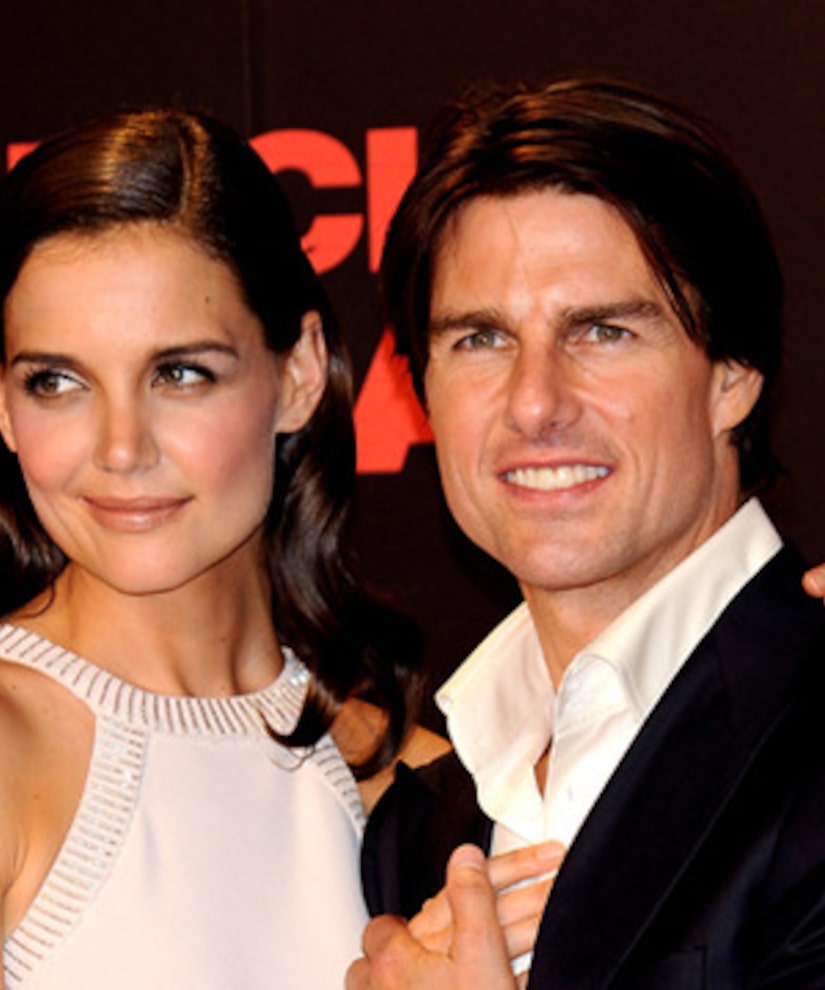 Superstar Tom Cruise and ex Katie Holmes set a record with their speedy divorce settlement on Monday, but the former couple is keeping mum on the details.

They aren't putting up with rumors either. "There are numerous inaccuracies in the reports regarding the purported contents of the agreement reached between the parties," said Holmes attorney Jonathan Wolfe. "The agreement is confidential and its terms will not be disclosed."

Without a peep from either party, many mysteries remain. Here are our top five questions:

What happened?
We know Katie filed for divorce in New York City on June 29. She already had an apartment lined up, making it obvious the actress was planning the split for a while. Many reports label religious differences as the main point of contention. There could be some truth to the buzz. Katie just signed up as a parishioner at the Church of St. Francis Xavier in New York City.

Will Suri Cruise stay with mom in NYC?
It looks like Katie was granted primary custody of Suri, while Tom will get generous visitation. People mag reports that the 6-year-old will start private school in Manhattan in the fall.

How much will Tom pay?
Estimates are all over the place when it comes to the couple's prenup. Some say Katie will walk away with nothing (only what she brought to the marriage), while others estimate her take of Tom's $275 million fortune at $50 million. Either way, she will get a hefty child support check for Suri.

Who gets the house(s)?
Reports differ when it comes to the division of the pair's estates. Tom gets to keep his ranch in Telluride, Colo. and his mansion in the Hollywood Hills, since he bought both before he met Katie. She will likely get the home in Beverly Hills or the one in Montecito, Calif. Still up for grabs is the apartment Katie just vacated -- a $15-million brownstone in Manhattan.

What's next?
Tom is back in California. He was recently spotted in Mammoth Lakes shooting his new movie, “Oblivion.” Katie remains on the opposite coast, caring for Suri. Only time will tell what the next chapter holds for the former couple.