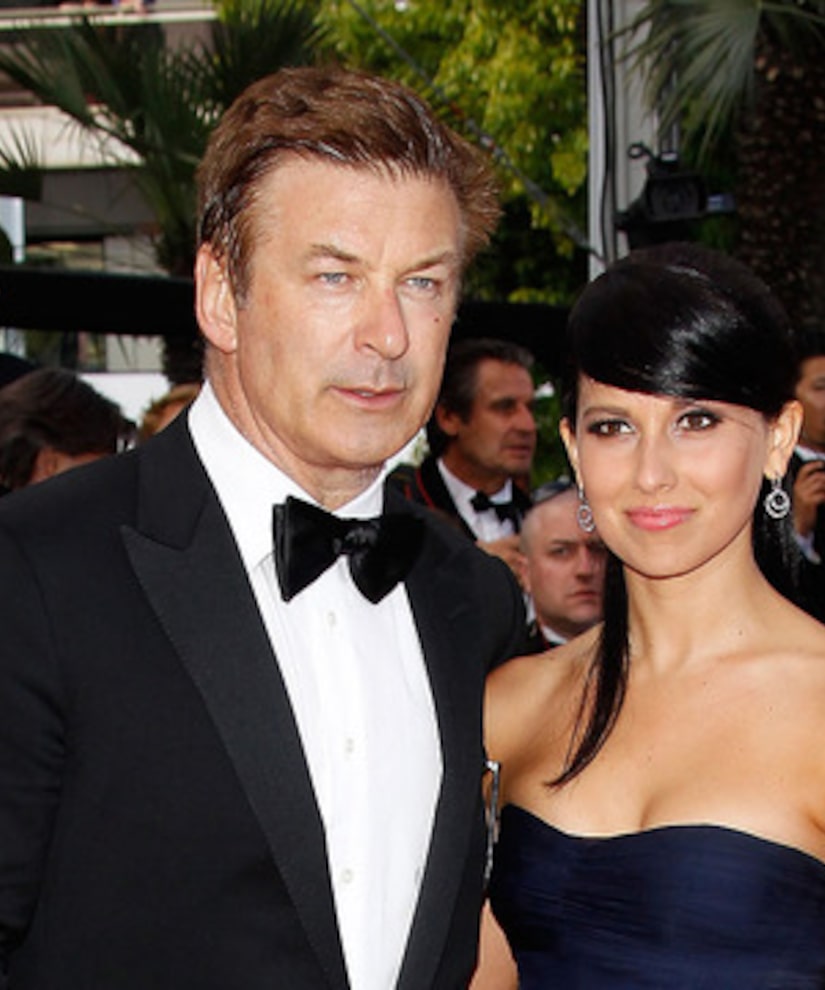 “Extra’s” AJ Calloway met up with newlyweds Hilaria and Alec Baldwin in their first interview since saying “I do” at the end of June --- and they revealed where they might spend their honeymoon.

Talking with the duo outside Soul Cycle studios in East Hampton, the new bride said she had many of her family members attend the wedding, but now it’s time to take Alec to Spain. “I think we're going to go to Spain to see my family. He's never been to Spain.”

As for getting used to being married, Alec laughed, “You have to say, ‘Hi Larry, how you been? This is my wife…” with a little pause there. I had to be sure she was okay with it, because a lot of women are like, ‘My name is Lori or Susan; I'm not your wife.’”

Calloway asked about starting a family, to which Hilaria responded, “We both like babies. We'll see… give us some time, everybody!”

For now, Hilaria's new “baby” is Soul Yoga, a brand new addition to Soul Cycle in East Hampton. She explained, “Soul Yoga is designed to counteract some of tightness that people develop from inverse cycling, so we focus on lower back, opening up quads and breathing, and strengthening the center.”

Calloway said the workout kicked his butt. Alec joked, “How old are you? Shut up. I want you to shut up.”