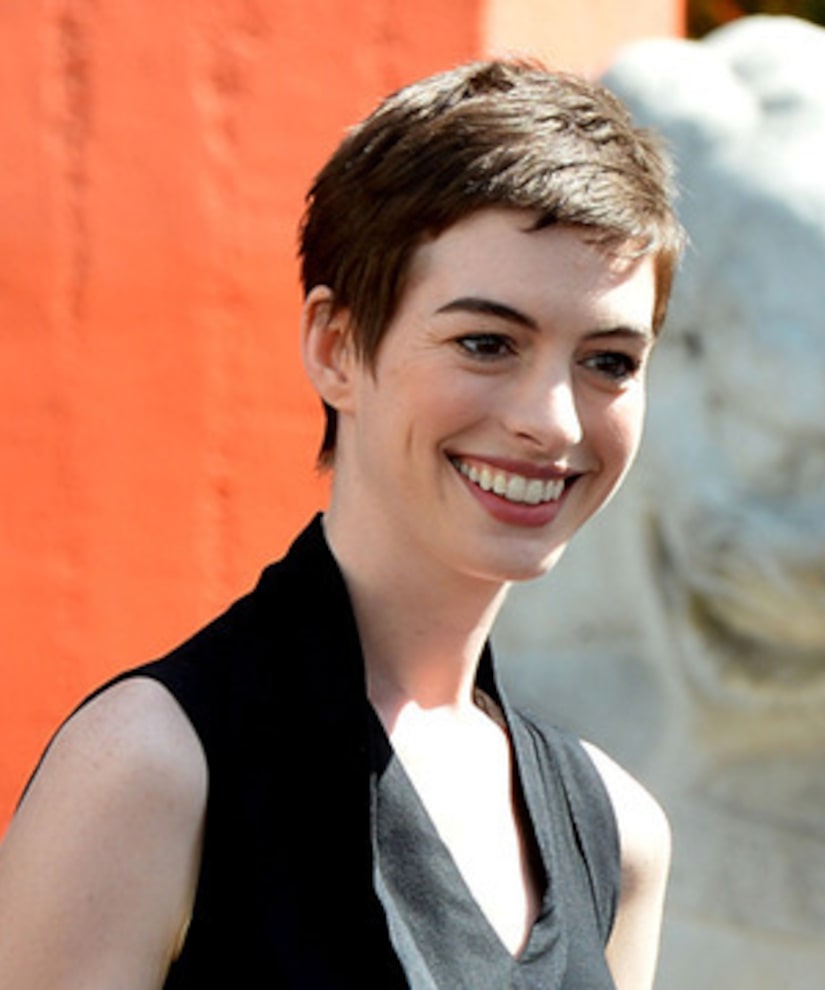 The Catwoman suit is comfy, yes, but “it wasn’t a pair of sweatpants,” revealed Anne Hathaway during a recent interview with “Extra’s” Jerry Penacoli. The actress slipped into the infamous skintight getup for her role in “Dark Knight Rises.”

How did she prepare to wear the fitted number? “All the boring stuff that no one wants to do,” she said. “It's just watch what you eat and get yourself to the gym.”

Sounds like good practice for a bride-to-be, however, Anne won’t be walking down the aisle with fiancé Alan Shulman this year. She’s simply too busy.