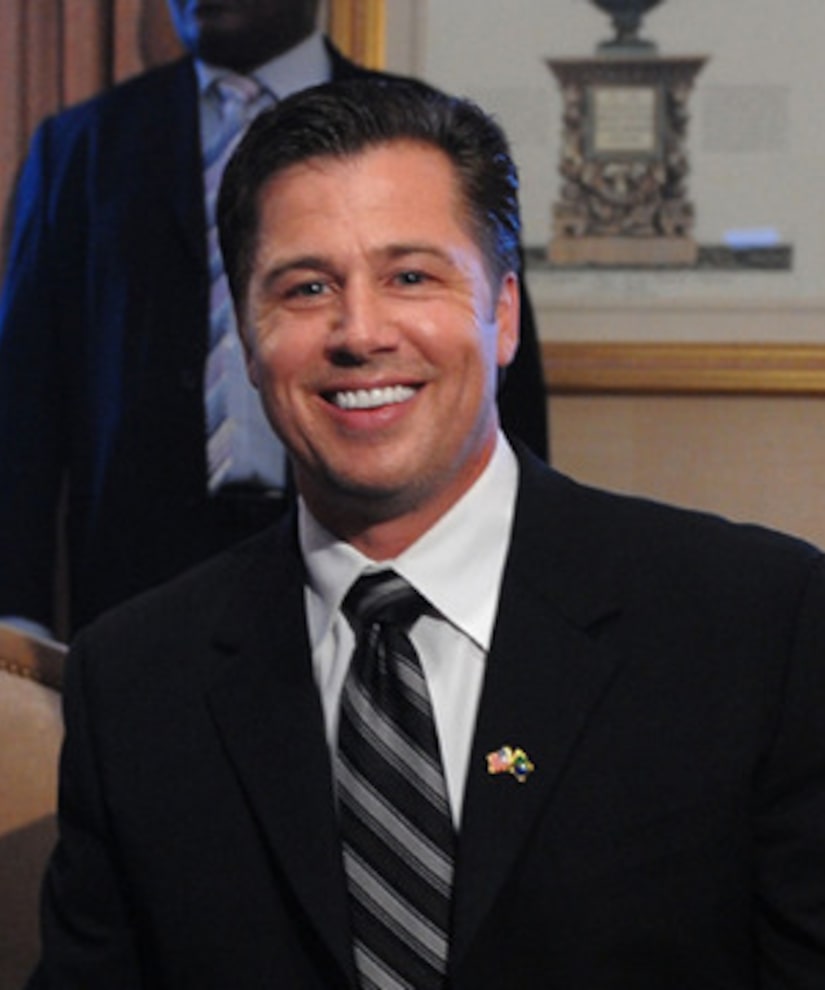 Brad Pitt's younger brother, Doug Pitt, aka the second most-famous Pitt in the world, is in the spotlight this week. Stepping out from Brad's shadow, the computer business owner sat down with Matt Lauer on Monday's “Today” to talk about starring in an Australian commercial and his mom's controversial letter to the Springfield News-Leader.

Doug landed his first acting gig with Virgin Mobile Australia playing himself in an ad about how normal his life is compared to Brad's. The commercial, which shows him cooking, washing his mini-van and listening to music in his man cave, quickly went viral.

"It's a little surreal," he told Lauer of the attention, "but it's fun. This whole campaign was to be tongue-in-cheek and have fun and luckily, it's hit its mark."

He also addressed the controversy over a letter to the editor sent by his mom, Jane Pitt, to the Springfield News-Leader in support of Mitt Romney.

"Moms and dads and kids agree to disagree all over the world, so why would our family be any different?" Doug said. "There can be healthy discussion when people disagree with you, and I think there should be. The bad thing is when it turns into venom and negativity and we don't have that in our family. It's open discussion, we can learn from each other ... maybe you learn something."