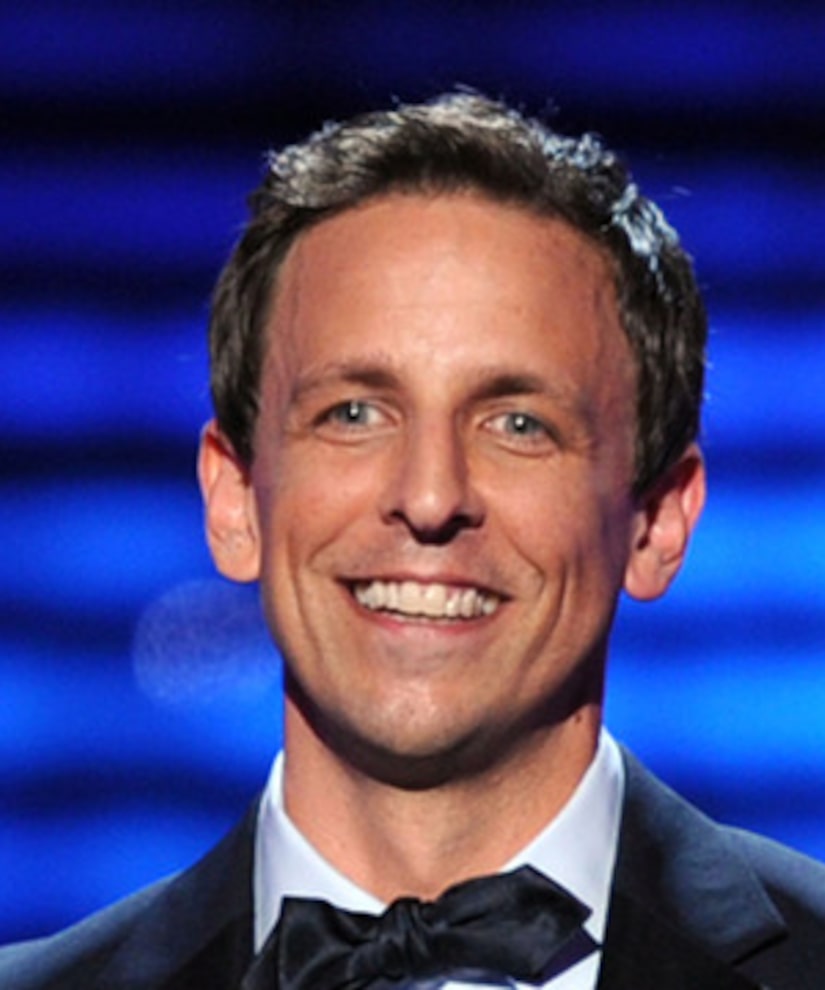 Comedian Seth Meyers could be getting a day job. The “Saturday Night Live” head writer is the supposed frontrunner to join Kelly Ripa as co-host on “Live!”

“Kelly loves him. Michael Gelman loves him, and so does everyone else who plays a role in the decision-making process,” a longtime “Live!” staffer told the Chicago Sun-Times.

Meyers, who has co-hosted several times since Regis Philbin left, will guest co-host with Ripa all next week -- a big clue that he may be one step ahead of Josh Groban, another favorite for the job.

“Very few people are as good at doing what she does,” Meyers told the paper of Ripa. “I mean, you go in and the producers run through the segments for that day's show, and then she gets out there and just talks about what she wants to talk about. She's just really funny being off-the-cuff like that.”

If he lands the job, Seth would likely continue as anchor on “SNL's” “Weekend Update,” but would have to step down as head writer, according to Showbiz411.com.