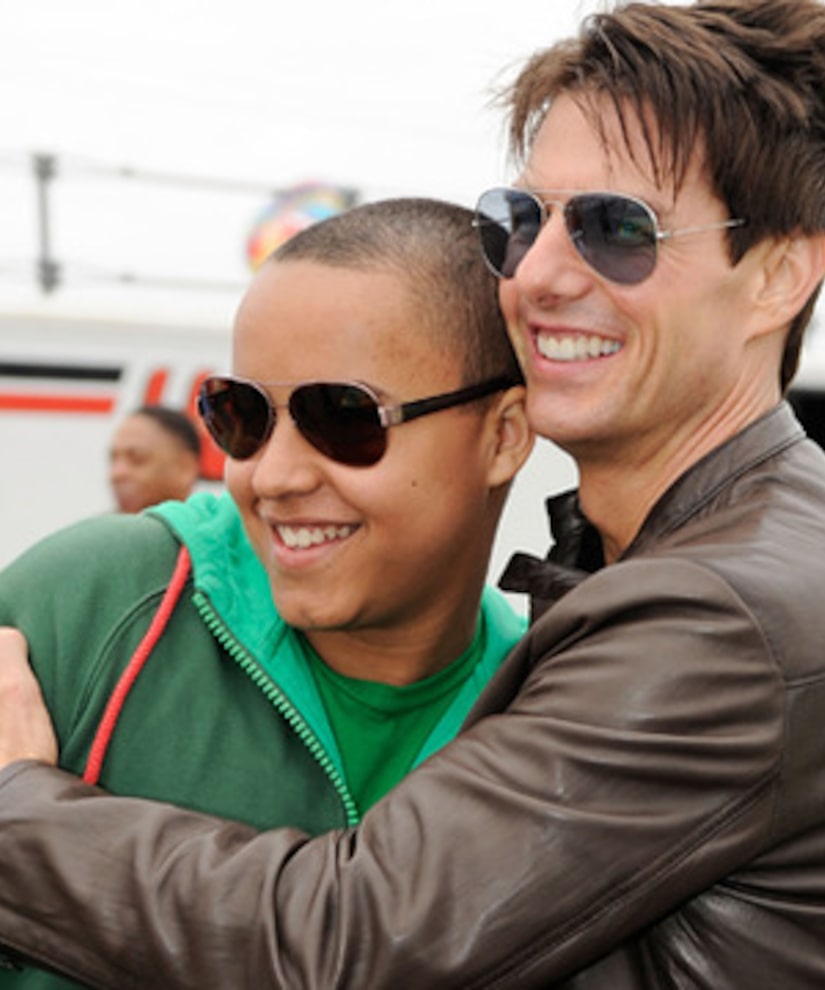 Actor Tom Cruise is celebrating the big 5-0 on Tuesday, and with the looming divorce from Katie Holmes, he's got the support of his children.

Cruise, who kick-started his career in 1983 with “Endless Love” and went on to play memorable roles in films like “Risky Business,” “Top Gun,” “Jerry Maguire” and countless others, has been on location in Iceland shooting his new movie, “Oblivion.”

Connor, his son with ex-wife Nicole Kidman, has been at his father's side – and has clearly been taking advantage of all that Iceland has to offer. The 17-year-old tweeted photos of his adventures there over the past week,including scuba diving, snowmobiling and cliff jumping!

There was one retweet that stood out among the rest, “#LaFamilia Always. Friends Come And Go, But Family Is Forever.”

It looks like Tom will be celebrating his milestone birthday stateside. He reportedly boarded a plane in Iceland at 2:00 AM bound for California, according to Us Weekly.