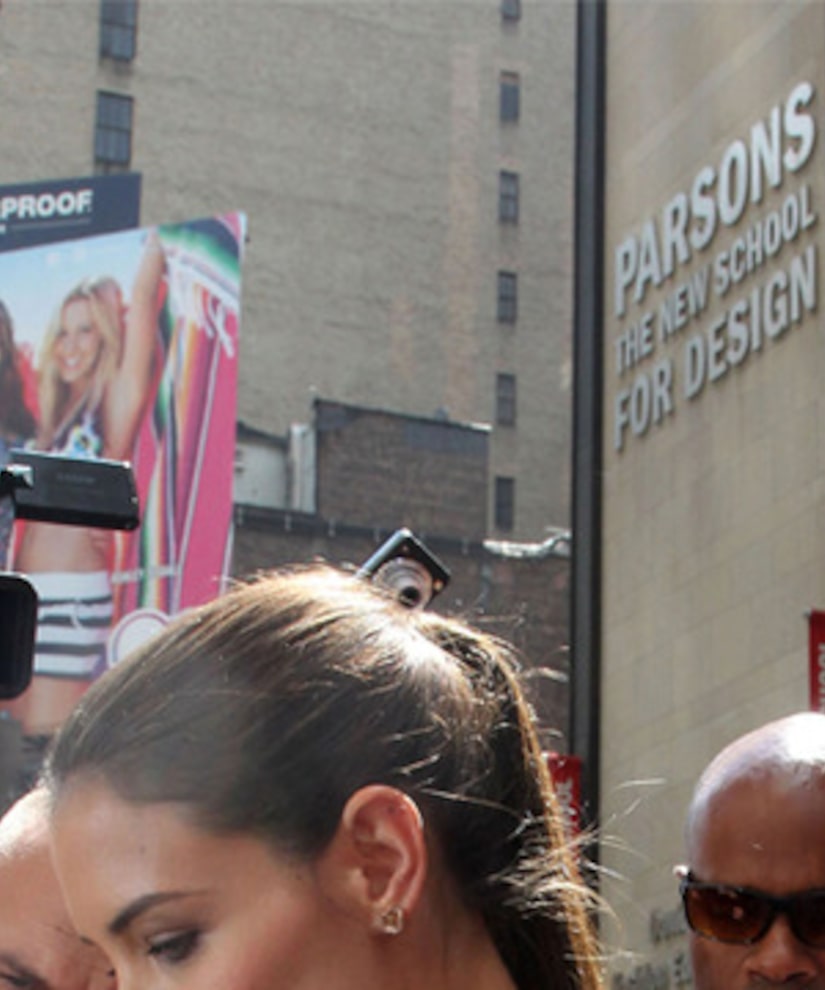 Actress Katie Holmes left the house this week without a major accessory: the wedding ring that Tom Cruise gave her five years ago.

The soon-to-be single Holmes was spotted in New York on Monday, ring-less, after filming a new episode of “Project Runway All Stars.” The reality show gig is a plus, considering new reports that the prenup does not entitle Katie to $15 million ($3 million for each year they were together) after all.

TMZ says that Katie will leave the marriage with what she came with, and that's fine with her, "She's not about the money,” a source said. “She's not that girl. She loves to work."

Alimony aside, the “Jack and Jill” star may still be eligible for child support for the couple's daughter, Suri, 6.