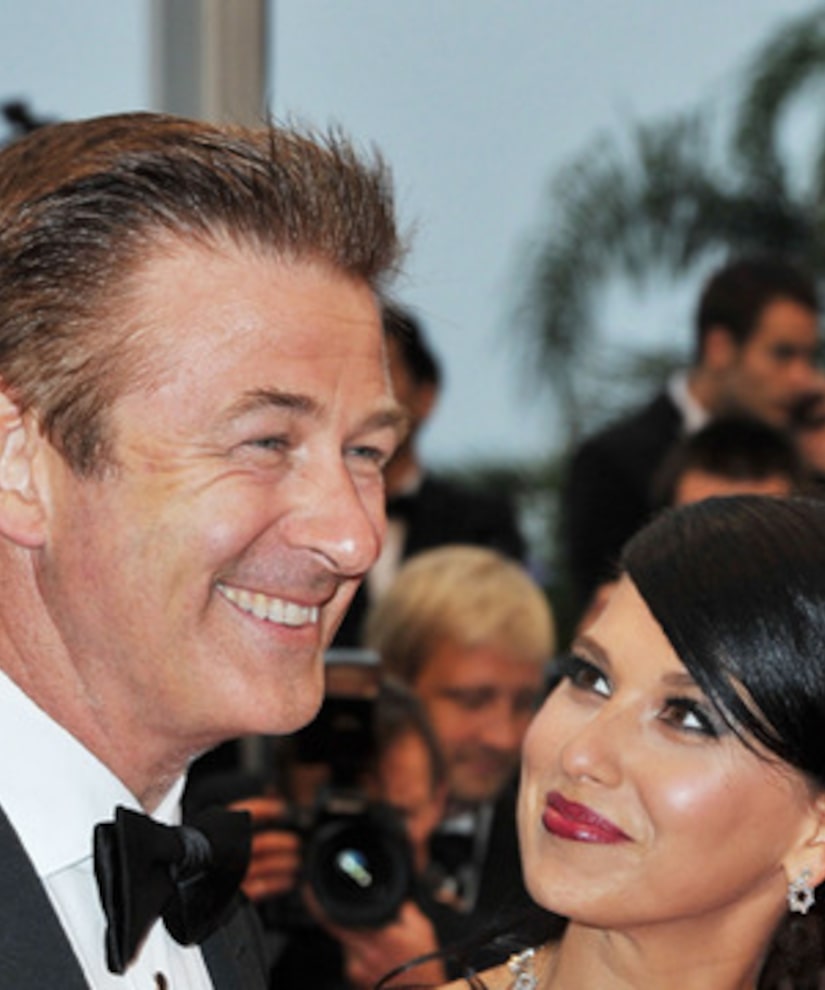 The couple wed in a Catholic ceremony performed in English and Spanish by Rev. George Deas at Basilica of St. Patrick’s Old Cathedral in New York on Saturday. The pews were adorned with white ribbons and the church was decorated with white hydrangeas, white roses and cala lilies, according to E News!

The bride walked down the aisle in a silk magnolia trumpet Armsale gown, while the groom chose a tuxedo by Tom Ford. The bride’s mother and Alec’s daughter Ireland also wore Armsale. The couple reportedly won't be releasing an official wedding photo, but Alec and Hilaria did tweet pictures of their wedding bands. 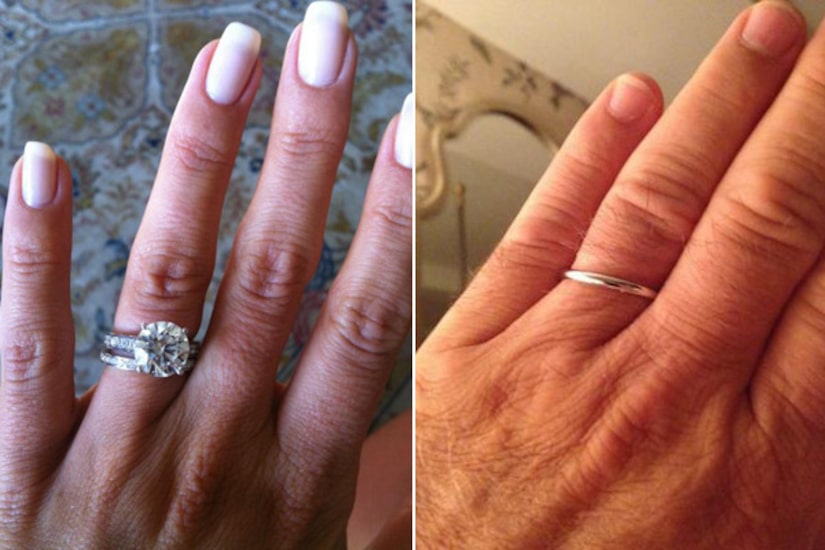 Famous friends like Tina Fey, Woody Allen and wife Soon Yi, Mariska Hargitay, Robert Kennedy Jr., Lorne Michaels and Baldwin’s brothers Stephen and Billy were among the guests who attended the ceremony and later the reception at NYU’s Kimmel Center.

St. Patrick’s Old Cathedral is a storied site built in 1810 and was a location for many famous movies. Francis Ford Coppola used the interior for the scene in which Al Pacino renounces Satan in “The Godfather,” while Martin Scorsese used the graveyard for “Mean Streets” and “Gangs of New York.”

Alec and Hilaria spent Friday night celebrating their upcoming nuptials at the Italian eatery Emporio in Manhattan. Despite past problems with the paparazzi, the couple posed and even smooched for the cameras, reports Newsday. Later, Baldwin tweeted an Emily Dickinson poem for his bride.

"'T was a long parting, but the time For interview had come; Before the judgment-seat of God, The last and second time. These fleshless lovers met, A heaven in a gaze, A heaven of heavens, the privilege Of one another's eyes. No lifetime set on them, Apparelled as the new Unborn, except they had beheld, Born everlasting now. Was bridal e'er like this? A paradise, the host, And cherubim and seraphim The most familiar guest," Baldwin tweeted.

In April, Thomas spoke with “Extra” correspondent A.J. Calloway about her upcoming wedding. First and foremost she wanted "something really simple, I don’t like drama.”

The yogi also said she didn’t want bridesmaids, adding, “With my guy, I don’t need a bachelorette party.” Calloway jokingly asked if he could throw Alec a bachelor party. She quipped, “You guys can do yoga! Yoga with carrot sticks.”

As for the proposal, Hilaria gushed that her man was “very romantic… He got down on his knee, and I don't remember the rest because I started crying. See! I'm a blushing bride. Look what you're doing to me. You're turning me into one of those cheesy brides!”