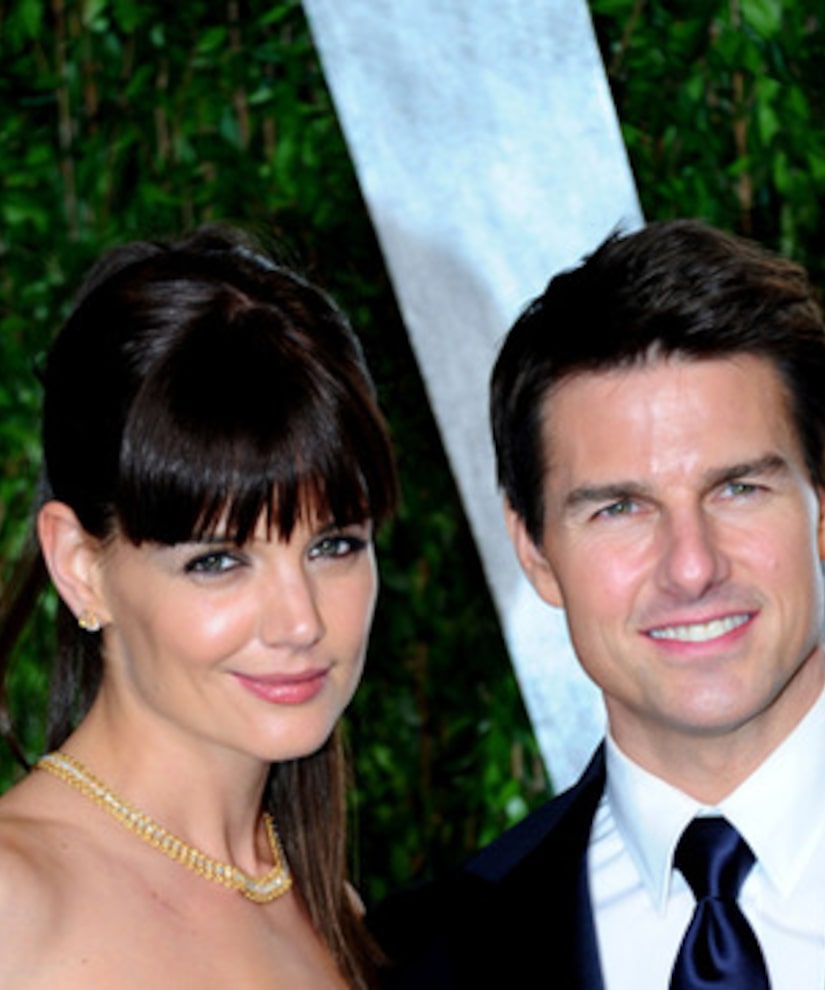 Tom Cruise and Katie Holmes are over. The couple's attorney shared the divorce news exclusively with People.

"This is a personal and private matter for Katie and her family," said Holmes' attorney, Jonathan Wolfe. "Katie's primary concern remains, as it always has been, her daughter's best interest."

UPDATE: Holmes isn't going through it alone -- she's got her family by her side. Katie's dad, Martin, a Toledo, Ohio-based attorney, recently flew to New York to help his daughter file for divorce from Tom Cruise, People reports in a new cover story.

Of course, the ultimate choice to split from the megastar was Katie's. "She's a strong person and makes up her own mind," a source told the magazine, adding that “she's unwavering” in her decision.

Katie and Suri, 6, moved out of the couple's New York digs last week and into a pad of their own in Chelsea. The 33-year-old has already filed for primary residency custody and sole legal custody of Suri, says TMZ, however, Tom will likely seek joint custody, according to several reports.

The split has been hard for Tom, who is in Iceland filming “Oblivion.” "He had no idea this was coming," an insider told People. "He's totally devastated and heartbroken."

Tom's rep told the magazine earlier, "Kate has filed for divorce and Tom is deeply saddened and is concentrating on his three children. Please allow them their privacy."

The marriage was Tom's third; he was previously wed to Nicole Kidman and Mimi Rogers. It was Katie's first. The couple have one daughter, 6-year-old fashionplate Suri.